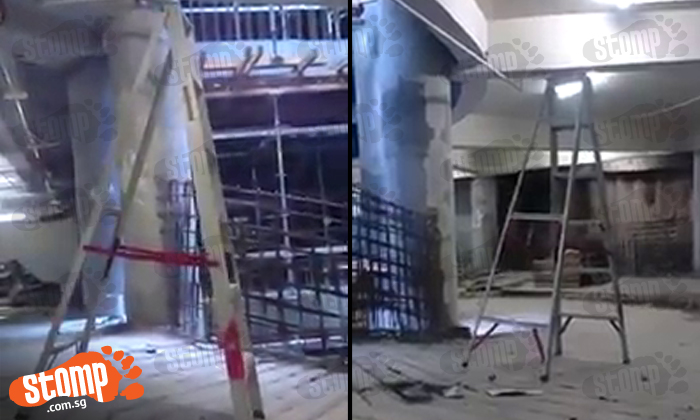 Gravity? Or are supernatural forces at work?

A Stomper sent in a video he received from a friend showing a ladder mysteriously 'walking' down what appears to be a carpark slope, seemingly on its own.

It has apparently been circulating online after being posted on Twitter, with the tweet claiming that the incident took place at Changi Airport's Terminal 4 construction site.

However, a search online shows that the same video was uploaded as early as 11 months ago on YouTube. Another reposted version claims that it was filmed in Surabaya, Indonesia.

Yet, the truth might not be as sinister after all.

Some netizens observed that the phenomenon is actually known as 'passive dynamic walking'.

A Redditor explained this scientific theory, "The ladder is on a floor that has an incline. Someone nudges the ladder so that it starts rocking. The force of gravity working through the incline is just enough so the ladder keeps rocking but not so much that the rocking gets larger and the ladder falls over. The structure and "spring" of the ladder balanced with the forces pulling it downwards."

Related Stories
Chairs roll and bottle gets flung on their own in creepy office, but woman carries on working
When you are working alone in the library at 2am -- and these creepy things start happening
Doll moves on its own, objects flying off table in creepy video
ghost
ghostly
spooky
creepy
scary
ladder walking by itself