Doll moves on its own, objects flying off table in creepy video 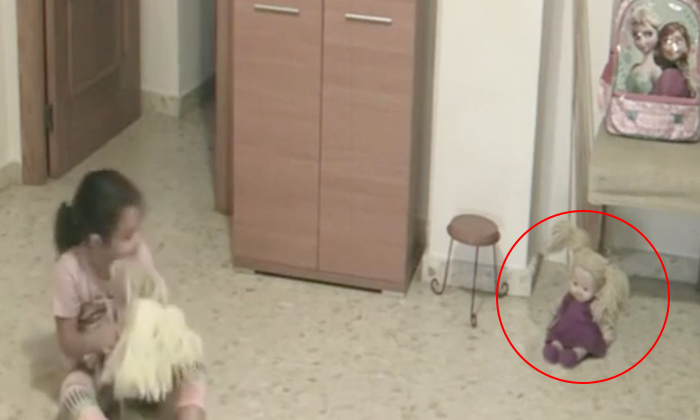 A creepy video has surfaced online, showing a girl playing by herself in a room when a doll suddenly started moving on its own, tilting its head repeatedly in different directions.

In another instance, papers and stationery started flying off the table, while everything else lay completely still, indicating that there was no draft in the room.

The video was shared on the Scienza Conoscenza & Tecnologia Facebook page.

According to the post, the incident happened when the child repeatedly complained to her father that she was getting pestered by ‘something’, prompting her father to install surveillance cameras around the house to see what was actually happening.

The ‘Paranormal Activity’ style footages have divided netizens, some of whom have shared similar haunting, while others were more sceptical, citing various explanations for the happenings.

“The head of the doll has a small motor in it that moved it.

“The papers were flown by a fan and the solid objects were pulled by a fishing line.

The venue and time of the supernatural events cannot be ascertained.