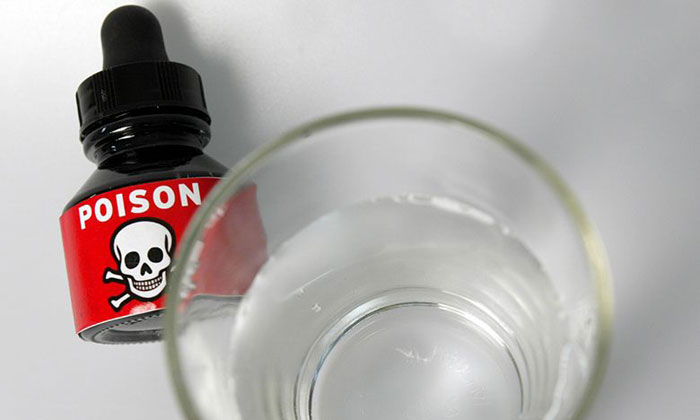 A supermarket employee, angry that his colleague had scolded him for sleeping in the toilet during work hours, decided to poison him by pouring a bottle of insecticide into the colleague's drink.

However, the colleague smelt something toxic in his beverage and decided not to drink it.

On Thursday (Dec 5), 26-year-old Nithye Alagapan was sentenced by District Judge Ong Chin Rhu to six months' jail. The Malaysian national had pleaded guilty earlier to one charge of attempting to cause hurt by using a poison.

The court heard that Nithye and his colleague were working as retail assistants at the NTUC FairPrice hypermarket in Serangoon Nex Mall at the time of the incident.

On June 15 this year, the victim, who was not identified in court documents, scolded Nithye for sleeping in the toilet during work hours. This angered Nithye.

On the same day, Nithye took a bottle of "Horti On" insecticide from one of the shelves of the hypermarket. He then poured some of the insecticide into a carton of milk that the victim had earlier left on a table.

Later that day, the victim returned to the table, intending to drink from the carton. But he smelt something toxic coming from the carton, and decided against drinking it.

The victim lodged a police report at the Serangoon Neighbourhood Police Centre on June 18, claiming that his drink had been spiked.

On June 21, the carton of milk was sent to the Forensic Chemistry and Physics Laboratory of the Health Sciences Authority (HSA) for an examination.

According to the HSA report dated Aug 8, the carton contained malathion, an insecticide which is poisonous to humans by ingestion and skin contact.

The report also found that the "Horti On" insecticide similarly contained malathion.

An additional charge of theft of the insecticide was taken into consideration for sentencing by District Judge Ong.

For attempting to cause hurt by using a poison, Nithye could have faced imprisonment of up to five years, with a fine or caning.

Correction note: This article has been edited for clarity.