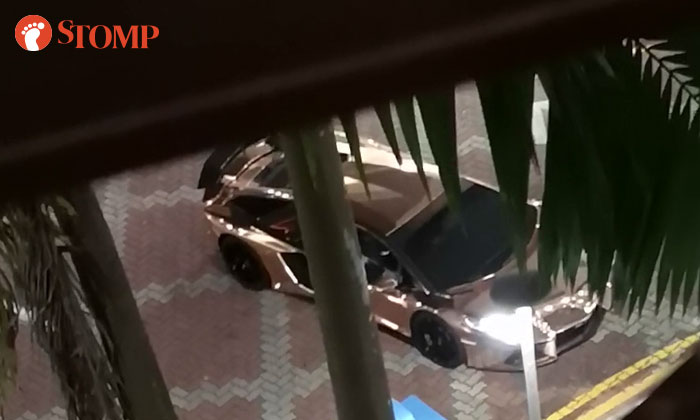 Stomper Kelly and her neighbours are frustrated with the comings and goings of a supercar that keeps them up in the wee hours of the morning.

For months, the car's revving engine has prevented the Sengkang residents from sleeping.

"This has been happening at Block 309 Anchorvale Road since last year," she said.

"The driver sends his friend home, which takes about five to 10 minutes.

"People are frustrated because this usually happens around 1 to 2am when they are sleeping."

She shared with Stomp three videos of the car that were taken on Feb 25 this year and Nov 14 and Oct 10 last year.

In the earlier videos, the car is blue but she believes it is the same car as the silver one in the most recent footage.

"Nobody confronts him except to shout from their windows," she said.

"I did make a complaint to the authorities but without a car plate number, I don't think they can trace him.

"If the driver turned off the engine when idle or stopped flooring the accelerator, nobody would complain about it.

"I'm sharing this because his behaviour is disturbing many sleeping people.

"I think he should be informed."