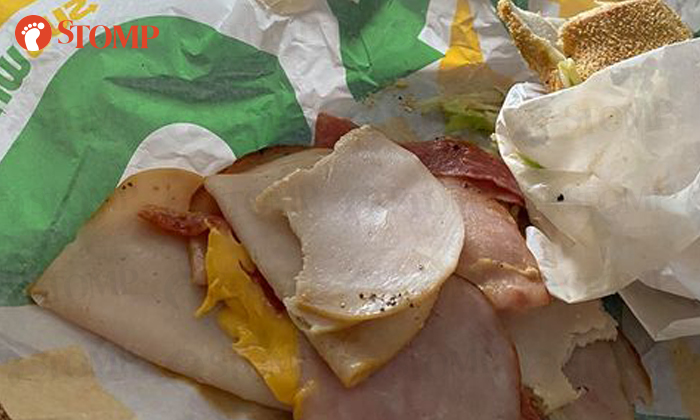 Restaurant franchise Subway has apologised after a customer, who is a vegetarian, received meat in her sandwich instead of the Veggie Deluxe Sub that she had ordered.

Stomper Maureen said the order was made via delivery app Foodpanda and sent from Subway's The Seletar Mall outlet last Thursday (Sep 17).

She was dismayed when she received a sandwich with slices of ham and bacon inside instead of a Veggie Deluxe Sub. 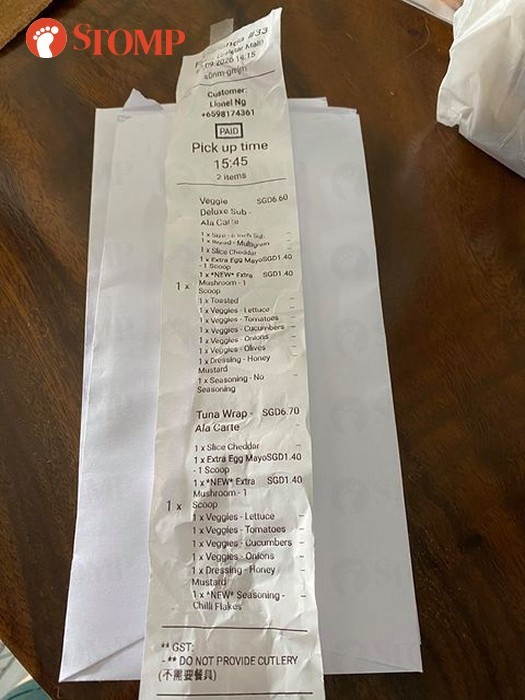 Maureen said: "They sent us meat when we ordered a veggie sandwich!!! I am a vegetarian!!!

"We called Subway to tell them they had gotten it so wrong, but they told us to lodge a complaint with Foodpanda."

In response to a Stomp query, a spokesman for Subway said: "Subway apologises for the inconvenience to our loyal guest, after she inadvertently received an incorrect delivery order.

"Customer service is paramount and our restaurant team is undertaking additional training to ensure they meet Subway's high standards.

"The cost of the order will be refunded to the guest and a replacement meal will be offered for the guest to enjoy at any time."