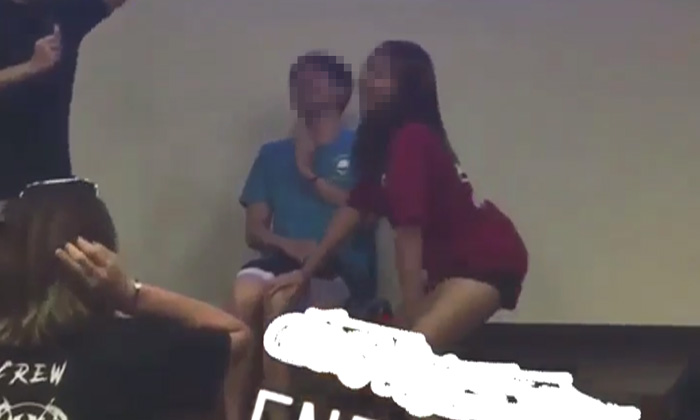 Stomper Dave alerted Stomp to a video showing a female student performing a sexually suggestive dance in front of a male student during a school camp at Ngee Ann Polytechnic.

According to Dave, the video was circulated on Facebook, although it appeared to have been originally uploaded as an Instagram Story.

In the video, a girl in a red T-shirt is seen giving a boy a lap dance, while other students around them are seen capturing the moment on their phones. 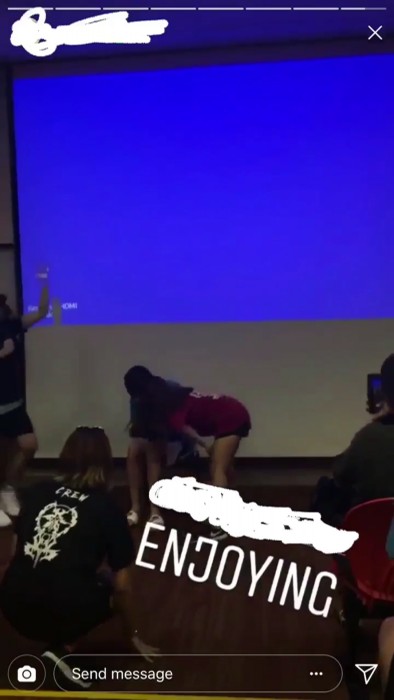 Another student dressed in black is also seen cheering the girl on while she did her lap dance.

Dave said: "I thought this should not be allowed in school camps?

"Are such activities appropriate?

In response to a Stomp query, Ngee Ann Polytechnic said:

"The incident happened during a CCA Club camp. The activity as seen in the video was not part of the approved programme.

"It was an impromptu activity initiated by a few students. Student camp organisers have been given strict guidelines and briefed beforehand.

"This is to ensure that the activities they conduct are respectful and appropriate. We will be counselling the students involved."

This is not the first time sexualised activities in schools have been reported.

In 2016, NUS took action against 30 senior students for their role in such inappropriate activities.