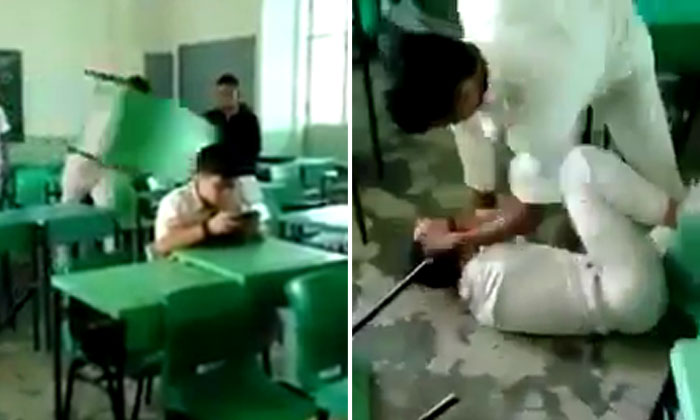 A shocking video has been circulating online of a couple of students from Westwood Secondary School bullying one of their classmates.

The school is aware of the incident on 9 February," he said.

"We have counselled the students involved and taken appropriate disciplinary measures. We are also working with their parents to help the students learn from the incident."

In the video, the boy who is recording the incident instructs his other classmates to "contribute".

He tells them in Malay to hurry up before their teacher comes back.

Two of the students start throwing chairs at a boy who is sitting at his table playing with his mobile phone.

One of the boys then walks up to him and starts punching and kicking him.

He then flips the boy's chair, shoving him to the floor.

He continues to punch and stomp on the boy before the one filming tells him that it is "enough".