Students having sparring match in toilet will be disciplined: Catholic High School 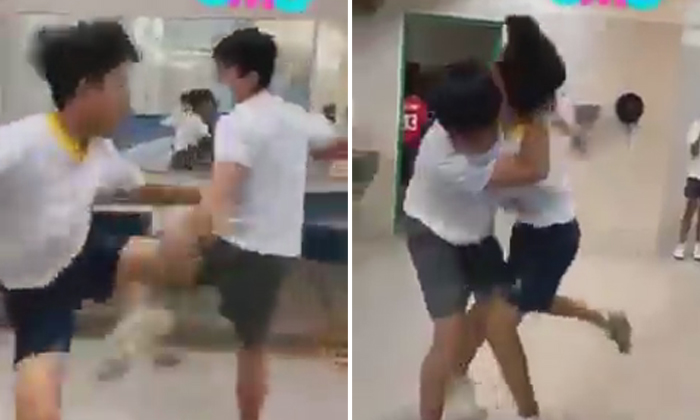 Catholic High School students who were caught on camera fighting in a toilet have been counselled and will be disciplined, said the school in a statement to Stomp.

A video of the fight circulating online shows two students exchanging blows as their peers watched and cheered. Some can also be seen recording the scene with their phones.

It is unclear when exactly this incident occurred.

In response to a Stomp query, Mr Poh Chun Leck, principal of Catholic High School, said: "We are aware of the video circulating online on social media platforms of our students.

"The school takes a serious view of such behaviour and the students will be disciplined.

"We have counselled the students, who have since expressed remorse for their actions.

"We have also engaged their parents, and will continue to work closely with them to guide their teenagers."