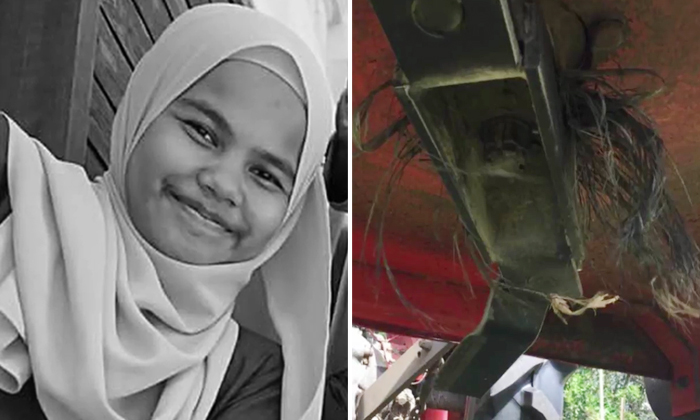 A 14-year-old girl in Gemas, Malaysia, was killed after a broken blade from a ride-on lawnmower sliced open part of her skull on Feb 13.

Nor Afini, a Form Two student at SMK Tuanku Abdul Rahman, was on the school field preparing for Sports Day with around 50 other pupils at around 10.30am when the freak accident occurred.

She died instantly while other two students were injured, reported The Star.

One suffered injuries to her ear while the other sustained a cut to the back of her head.

They were taken to the Gemas health clinic for treatment.

A schoolmate of the victim, who declined to be named, said the lawnmower operator was cutting the grass a short distance from where the students had gathered.

She told reporters: "All of a sudden, we heard screams. Nor Afini collapsed and we were shocked to see how bad her injury was."

Police have detained the 26-year-old lawnmower operator and are currently investigating the incident.