Student choked woman during date till she was unconscious to smell her feet, satisfy his fetish 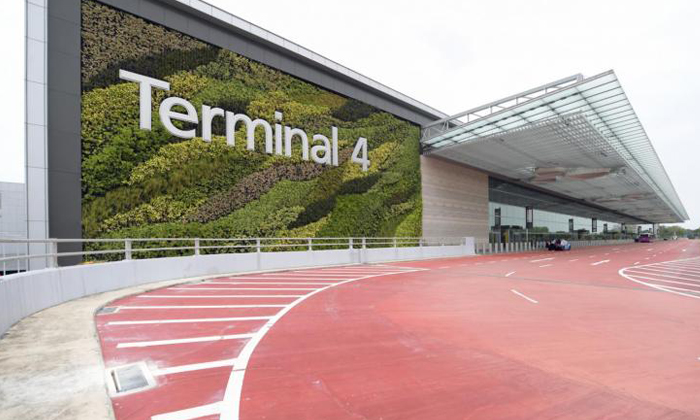 While on a date with a woman, Singaporean student Cheong Jia Jin asked to shoot a TikTok video with her in the stairwell of a carpark. But just as he started filming, he choked her, making her lose consciousness so that he could smell her feet to satisfy his fetish.

He lifted her shirt, intending to touch her breasts while she was unconscious, but changed his mind moments before she woke up.

The Institute of Technical Education student, 24, on Wednesday (Jan 5) pleaded guilty to a single charge of voluntarily causing hurt and was jailed for eight months.

Another charge of attempted outrage of modesty was taken into consideration during sentencing.

The court heard that he booked a date with the woman, then 37, using a website service in October 2020. Her occupation was not mentioned in court and a gag order was placed on her name to protect her identity.

Around the same time, Cheong found her on Instagram and contacted her as he was interested in her, but did not tell her he had booked a date, said Deputy Public Prosecutor Norine Tan.

During their date on Oct 26, 2020, he said he wanted to record a TikTok video and led her to a level-four staircase landing at carpark 4A of Changi Airport's Terminal 4.

He checked that there was no one around at each level.

Once they were there, he placed his phone on a fire extinguisher cabinet, pointing the camera towards them and telling her to face the wall.

Moments later, he wrapped his arm around her neck and performed a rear naked choke - a martial arts move he learnt from a course some time ago.

DPP Tan said: "He decided to choke her until she was unconscious so that he could smell her feet as he had a fetish. The victim struggled for around 15 seconds, trying in vain to grab something to break free, before she became unconscious."

Cheong laid her body on the ground and lifted her shirt, wanting to touch her breasts as he felt aroused. He raised the shirt up to her belly button area and decided not to continue.

Seconds later, the woman woke up and found that the back of her head was resting on Cheong's lap. She got up immediately and composed herself before she gathered her things and ran away.

She headed towards a car and told the driver that someone was trying to kill her. She called the police and Cheong surrendered after they contacted him that night.

A medical report said she had bruises and pain around her neck.

She continued to suffer anxiety and panic attacks months after the assault, and a heart specialist recorded that she was troubled by symptoms of numbness and cold sweating.

Seeking nine to 12 months' jail, the prosecution said: "(The woman) feared for her life in the aftermath and was traumatised. What cannot be denied is how this affected her months after the attack."

Defence lawyer Cory Wong from Invictus Law said the assault was not premeditated and that Cheong did not target her from the start. He added that it was difficult to ascertain the incident's psychological impact on the woman without an expert's opinion, and urged for a sentence of not more than four months.

District Judge Lim Wen Juin said he inferred that she suffered tangible psychological effects that were serious enough that she saw a doctor.

There was also potential harm as choking could lead to death and Cheong was aware of it, he added.

For the offence, Cheong could have faced a maximum punishment of three years' jail and a fine of $5,000.

Related Stories
Fresh graduate has taken so many upskirt videos that he can't recall number of victims
Man posed as female medium to dupe two girls, aged 11 and 12, into sending him nude videos
Gag order lifted on identity of undergrad behind voyeuristic videos: Victims struggled with guilt, powerlessness
More About:
pervert
assault
court