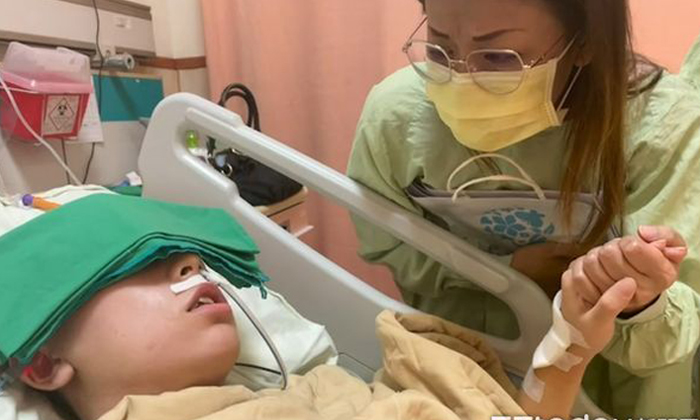 A 19-year-old college student was left in a coma after being physically assaulted by three men over a road accident in Taiwan.

The incident occurred at the junction of Taiwan Boulevard and Henan Road at around midnight on November 7, when the victim's car hit a Maserati while changing lanes.

According to local news reports, the victim, known as Song, was beaten by the Maserati driver and two passengers following the minor collision.

Song was taken to hospital and left fighting for his life in the intensive care unit, after suffering a skull fracture and bleeding from the brain.

Lee had been driving the luxury car, which was registered under the name of Chang’s mother.

The trio have been arrested on suspicion of committing homicide, interference with public order, making threats and causing injury, reported Taiwan News.

On Thursday (Nov 11), Chang's parents visited the hospital to apologise to Song and his family, but were unable to enter due to policy restrictions.

They also knelt down at the hospital entrance and pleaded for forgiveness in front of cameras.

However, Song's mother declined to meet them. She pointed out that the assault continued even though her son had kept apologising after the accident and that words would not undo the incident.

Song regained consciousness on Friday. Although unable to speak, he was responsive and nodded when a doctor called his name.

Related Stories
Man steps out of car to gesture wildly at driver for sounding horn at him at Punggol Field
Man arrested after smashing taxi with helmet, throwing windscreen wiper at it while baby was onboard
Man flashes middle finger, gets out of vehicle to yell at another driver for cutting him off
More About:
road rage
attack
assault
student
injured
accident