'Stressed' lawyer climbed into neighbour's balcony to watch her shower, filmed her 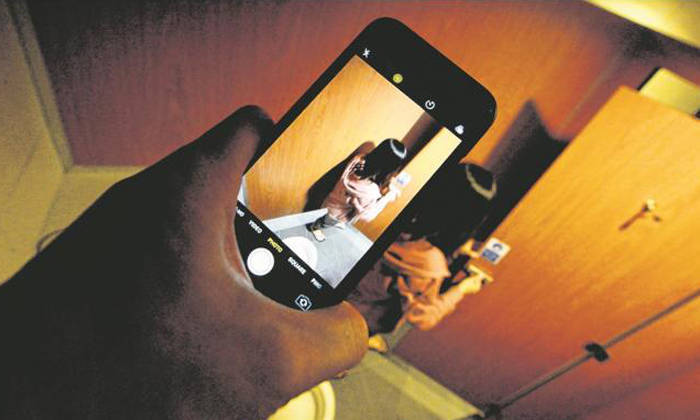 To watch his neighbour shower, he climbed over a parapet separating their balconies to get into her home.

Nicholas Yeo Shao Yi, 32, who was a lawyer at the time, did that twice and even filmed the woman - who is in her 20s - showering on the first occasion.

Yeo was on Thursday (Aug 18) sentenced to 12 weeks' jail after pleading guilty to a charge of using his mobile phone to observe his neighbour showering and another of filming her.

Another two charges of committing criminal trespass were taken into consideration for his sentencing.

The court heard that Yeo, who committed the offences over a few months in 2020, was experiencing work-related stress due to the April to June circuit breaker that year.

He was formerly employed at top law firm Allen & Gledhill but has since resigned.

He lived in a terraced house that shares an adjoining wall with his next-door neighbour, whose master bedroom toilet looks out onto a small balcony through a window.

As their toilets were next to each other, Yeo could tell when the victim - she cannot be named due to a gag order to protect her identity - was in the shower by listening out for her voice or the sound of videos playing.

On the evening of Nov 23, 2020, he deduced that she was bathing and climbed over the parapet and into her balcony to film her.

He held his phone outside the shower window, but the victim caught a glimpse of the phone before he could start recording.

She shouted in alarm and saw Yeo fleeing back to his house.

The victim and her husband then went over to Yeo’s home to confront him.

He kept apologising and asked if they could resolve the matter in any other way or speak elsewhere.

The victim did not find incriminating material on his mobile phones when he offered them to her to check, but she called the police anyway.

Investigations revealed that several months before the November 2020 incident, the accused had climbed into the balcony and successfully filmed her showering. He later deleted the video.

The police seized six of his electronic devices - two laptops and four iPhones. They did not find further obscene material on the gadgets.

Deputy Public Prosecutor Yvonne Poon told the court there was premeditation involved as Yeo would wait till he could sense that the victim was in the toilet to commit his crimes.

She also noted that there was a risk of the video recorded by Yeo getting disseminated.

In mitigation, Yeo's lawyer, Mr Shashi Nathan from Withers KhattarWong, said his client was suffering from generalised anxiety disorder and obsessive-compulsive personality disorder, which had contributed to his offending.

He added that Yeo, who is now working in a private enterprise, was a high-achieving individual who had acted out of character.

"Nicholas is a young man who had a good career in front of him but that career is over. He is remorseful for what he has done and wants a fresh start," said Mr Nathan.

For using his phone to observe the victim in a private act, Yeo could have been jailed for up to two years, fined, or caned, or any combination of the three.

The same maximum penalty applies for recording the victim showering.

Related Stories
NTU student who peeped at another man showering gets short detention order
Jail for S'porean who filmed voyeuristic videos of women when he was a student at a top UK university
Ex-nurse planted camera in staff toilet to peep at colleague whom he fantasised about
More About:
pervert
obscene
court