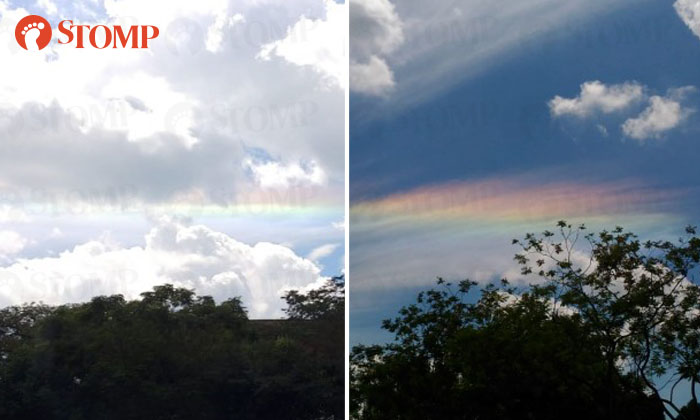 An unconventional rainbow was spread in the skies yesterday (Jan 1), ushering the new year in.

Stompers Yat and Daniel sent in pictures of what may be the same rainbow, as they both had seen it at about 1pm.

In Daniel's case, he was in the car driving along the Ayer Rajah Expressway (AYE) near the Alexandra exit when his son exclaimed that he had seen a rainbow.

Daniel told Stomp: "My son spotted the rainbow while I was driving.

"My daughter and wife, who were also in the car, tried looking for it in the sky.

"My son said that the rainbow had no ends, and was parallel to the ground.

"We were all wondering where the ends of the rainbow were.

"We have seen conventional rainbows and even circular rainbows which go around 360 degrees, but never this short horizontal type."

He added that the rainbow must be a good sign for the year. 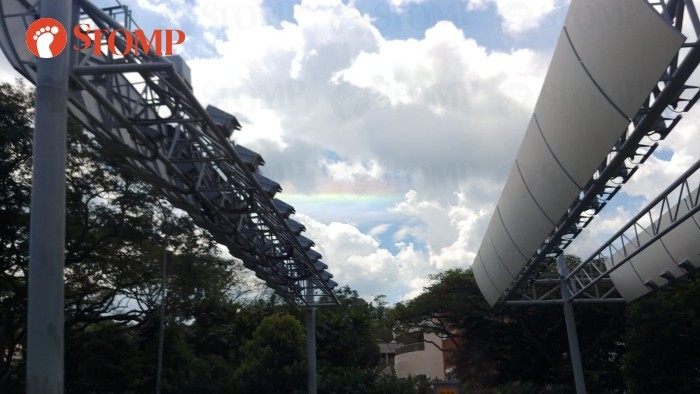 Yat, who spotted the rainbow along Chin Bee Avenue, agrees with that sentiment.

In fact, it was not only the new year to her yesterday, but it was also her birthday too.

While Yat had to work on her birthday, she was happy to see the rainbow in the sky.

She said: "I was looking around outside at about 1pm and decided to look up to the sky.

"I saw the rainbow and felt like the sky was celebrating my birthday with me.

"It was not a normal rainbow but a horizontal one.

"It looked special and I took a photo to send it to Stomp." 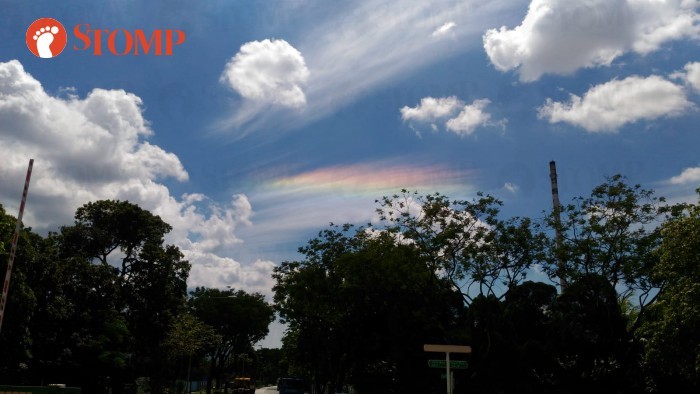 Related Stories
Stomper Lau Lup: This rainbow is a good omen of a new beginning after a crisis
Beautiful rainbow leaves Ghim Moh resident in awe
Beautiful 'rainbow cloud' spotted over the north-west of Singapore
More About:
rainbow
nature
beauty