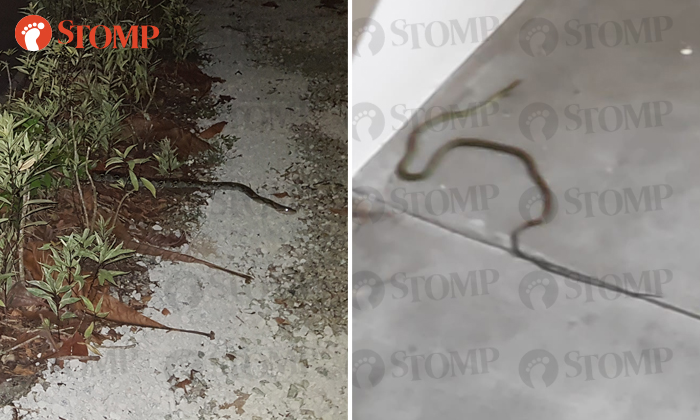 Two snake sightings made by Stompers Junyi and Doris on Thursday (Feb 21) show how Singapore is truly an urban jungle.

Junyi said he was jogging at Punggol Waterway Park at around 10.15pm when he spotted a python.

According to him, the reptile was at least two metres in length. 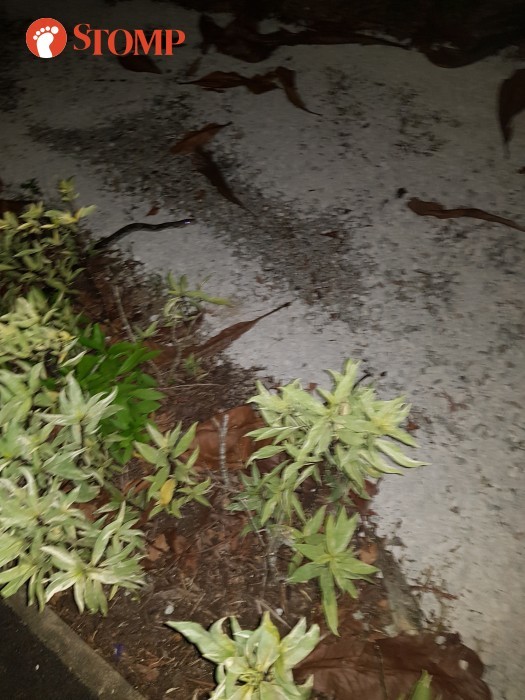 He said: "It was dark so nobody could really see the snake.

"It was on the pathway and slithered back into the bushes when a cyclist ran over it.

"We tried warning her but she couldn't stop in time. However, the python did not seem hurt.

"It was my first time seeing a snake at the park."

Meanwhile, Doris said her son came across a "very tiny" snake at the staircase landing of her home at Block 512B Yishun Street 51 earlier that day, at around 1.50pm.

She told Stomp: "It was at the staircase landing between the first and second storey.

"It was olive green in colour with yellow stripes, and I was told it was a paradise tree snake.

"I think it came from the bushes opposite the block. It's an undeveloped area so there are lots of bushes there, though the first time we have seen a snake in the area."

"It later disappeared in a gap below a pipe.

"I am worried that it might enter our homes because I've read the story about how a python entered someone's toilet in a HDB unit."

According to online reports, the paradise tree snake is commonly encountered in a variety of habitats including mangroves, secondary forests, and parks and gardens.