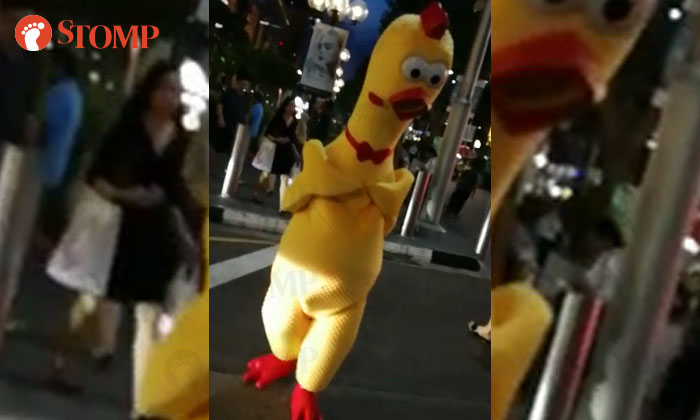 A chicken mascot was spotted hen-thusiastically waving to passers-by at two different locations on Monday (Sep 24).

Stomper Ang was near Dhoby Ghaut MRT Station at 7.10pm when she saw the chicken.

In a video taken by Ang, the chicken is seen flapping its wings while crossing a traffic junction.

"I found it interesting, seeing a chicken crossing the road. I didn't know what it was there for," she said.

Another Stomper, who was near Ngee Ann City at Orchard Road, saw the mascot crossing a road as well.

In a video taken by her, a similar-looking mascot is seen flapping its wings at passers-by, as well as vehicles that were stopped at the traffic junction.

She said: "Saw a chicken mascot crossing the road!

"It was so cute and hyper!"