Water gushing out of pipe at Jurong West block due to chokage during annual flushing: Town council 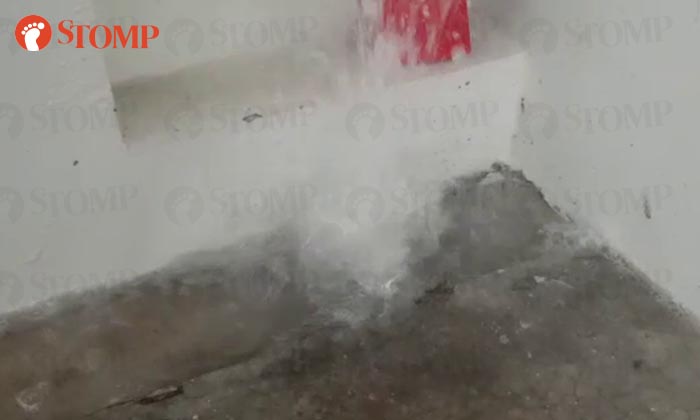 Jurong-Clementi Town Council has responded after a resident noticed water gushing outside his unit at Block 175B Yung Kuang Road at about 11am on Thursday (Sep 19).

Apparently, this situation was very familiar to Stomper Maw as it had happened before in Sep 2018.

Maw was resting at home when he heard sounds of water flushing coming from outside his flat.

He told Stomp: "I was resting since I wasn't feeling very well and the flushing sounds were getting annoying.

"I opened the door and saw water gushing in front of my doorstep.

"I just find this very annoying since this isn't the first time it has happened."

Maw contributed a video and some photos of what he saw outside his unit.

In response to a Stomp query, a Jurong-Clementi Town Council spokesperson said: "Annual water tank flushing and inspection was conducted at Blocks 175A to 175C Yung Kuang Road.

"During this exercise, the lower section of the water discharge pipe at Block 175B Yung Kuang Road was found to be choked.

"This restricted the water from discharging smoothly and resulted in the backflow from the gully into the corridor.

"We have put in preventive measures to ensure that this situation will not recur during the next water tank flushing and inspection scheduled for the following week."