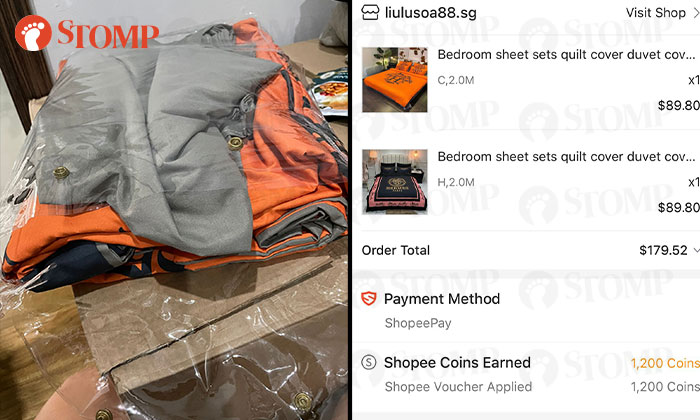 A Stomper was disappointed to receive only one of two parcels she had ordered via Shopee recently.

Stomper Gen told Stomp she had ordered two bed sets for $89.90 each.

However, on May 12, she received only one set and said the parcel was received open too.

"I'm not sure what went wrong but I did not receive the full package," Gen said.

"The delivery person came with one opened parcel and we thought nothing was wrong, perhaps the shipping officer needed to check.

"Now I've lost close to $90 because the items were incomplete and no one can do anything."

She added that when she informed the seller, they claimed the order was correctly sent. 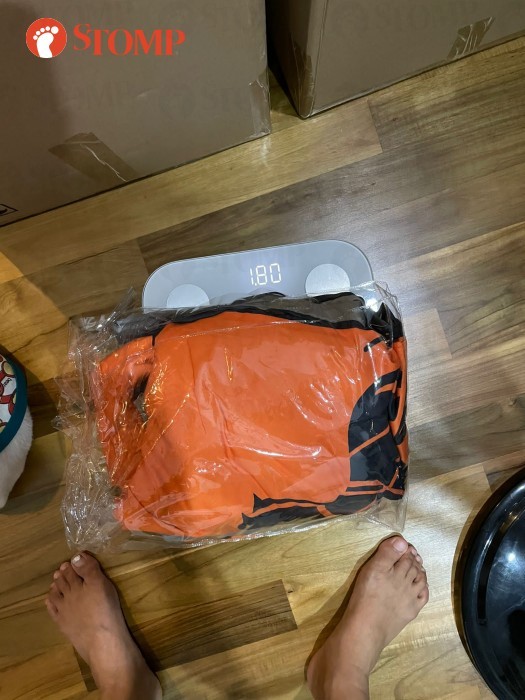 "I even weighed the item received as instructed by the seller but the seller has since blocked me."

Previously, Gen shared how she was sent a piece of cardboard instead of a stepladder she had ordered.

The seller has since been suspended.

Gen said: "Previously, it was the ladder, now this!"

"This is very ridiculous! Next time, I need to take a video every time I unwrap a parcel."

In response to a Stomp query, a Shopee spokesman said: "Shopee is committed to providing all our users with a positive shopping experience.

"We appreciate the feedback provided by the user and upon learning of the incident, have reached out to both parties to resolve the issue."