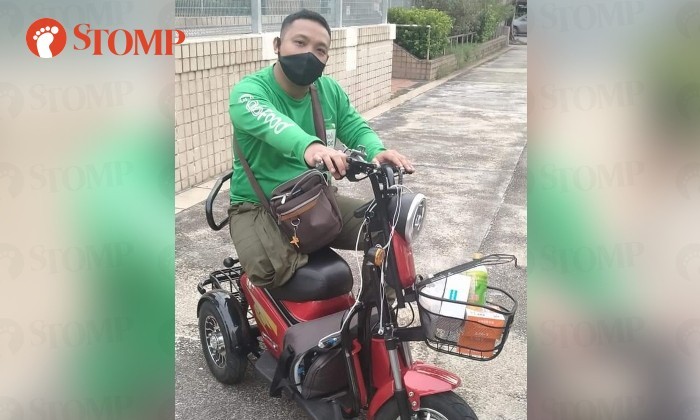 When Stomper Roy saw a GrabFood rider making deliveries despite having lost a leg, he was moved.

Roy shared with Stomp that he saw this  GrabFood rider near Bishan MRT Station on Sep 29 at around 2pm.

Roy and the GrabFood rider, whose name is Saire, then stopped to have a conversation.

"Saire is such a nice guy," Roy said.

"I have seen him in Clementi before but this time when I spotted him in Bishan, I knew I had to strike a conversation with him.

"He told me that he lost his leg in a road accident.

"I can't believe he is still so hardworking and making deliveries despite what happened to him.

"He is truly an inspiration."

According to Chinese-language newspaper Lianhe Zaobao, Saire got into a road accident when he was just 13 years old, where he was left crippled in his right leg.

His same leg was later amputated due to a bacterial infection when he was 29.