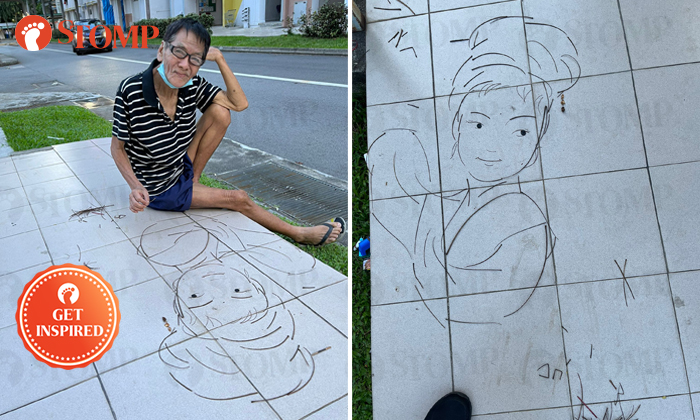 Stomper Mike was in the vicinity of Pek Kio Market & Food Centre on Wednesday evening (July 27) when the unusual sight of a man picking up twigs stopped him in his tracks.

He later realised that the man, who appeared to be in his 70s, was making portraits out of the twigs he had picked up from the ground.

Mike told Stomp: "I just had dinner at the hawker centre when I saw the old man. As I walked further up along Owen Road, I saw a beautiful portrait of a woman on the ground and realised that the man was making works of art out of twigs.

"I asked him for his name but he refused to tell me. He later revealed that he was from China and his surname is Chen.

"I asked Mr Chen if he could take me in as a student and he replied, 'No problem, it's easy to do.'" 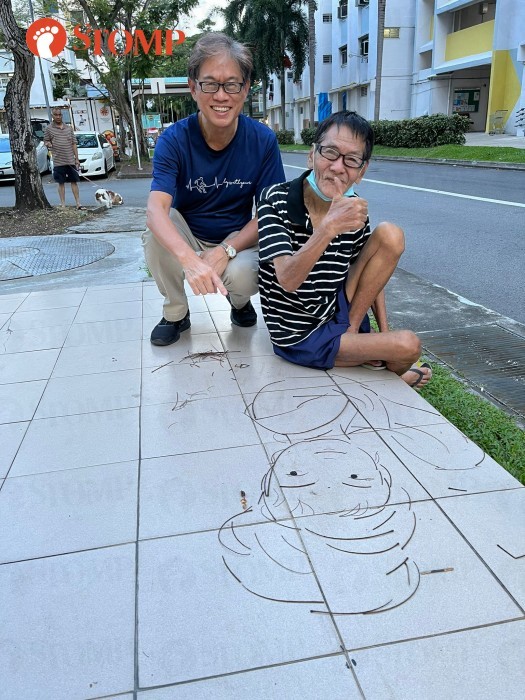 The Stomper added: "It's really resourceful to make such good use of twigs that have fallen from nearby trees at the open-air carpark. Mr Chen's portraits are truly works of art! If he could frame them, he would sell them!"

Mike said the portrait of the woman was still there when he walked past on Thursday.