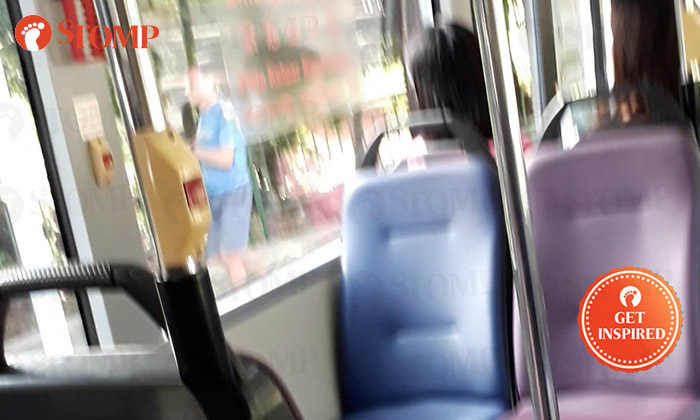 A Stomper was impressed by a man who had gone out of his way to return a shopping bag to its owner on Tuesday afternoon (Dec 24).

Stomper Serene was on bus service route 75 towards Woodlands at about 3.23pm on Tuesday when she witnessed the incident.

She told Stomp: "A passenger had alighted and forgot about their black shopping bag. We were at Holland Village then.

"A Caucasian man in a blue shirt didn't hesitate and grabbed the black bag, went up to the bus captain to tell him about it and alighted at the next stop."

Serene also contributed a video of the man.

She added: "The man walked back towards Holland Village.

"I hope he managed to find the owner.

"I noticed that other passengers were also taken aback by his kind act. He was going out of his way to help.

"I just thought that apart from negative news, we should also be celebrating good happenings.

"I'm sure other passengers would also like to thank this man for his good deed.