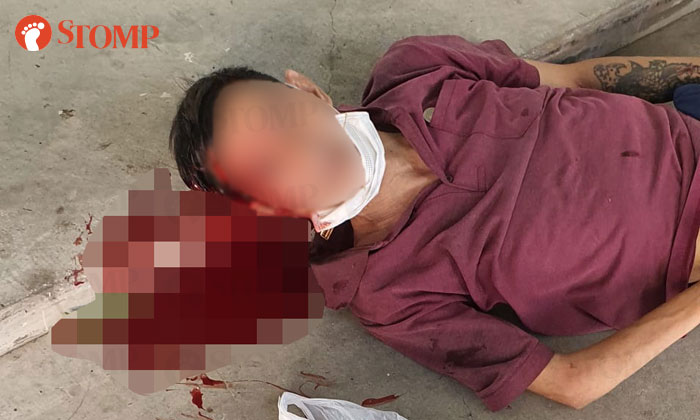 An elderly man was taken to hospital after he was found lying in a pool of blood at the void deck of Block 259 Yishun Street 22 on Saturday afternoon (Oct 9).

Stomper Peter shared that a young man ran to him, looking for help, after discovering the man on the ground.

"When we rushed over the elderly man was still conscious and able to talk," he said.

The man was bleeding from his head.

"A student walked past and I asked him to call the police while I continuing talking to the man to make him stay awake while waiting for an ambulance to arrive."

"The ambulance arrived within 15 minutes."

In response to a Stomp query, the Singapore Civil Defence Force (SCDF) said it received a call for assistance at the said location at 5.35pm.

Related Stories
Man, 71, left bloodied after fall at Jalan Tenteram was not hit by PMD, say police
Woman looking to thank kind strangers who flocked to her aid after she fainted at Northpoint City
Woman, 68, suffers 5cm wound after falling and hitting head on coffee shop table
More About:
elderly
blood
injured
Yishun