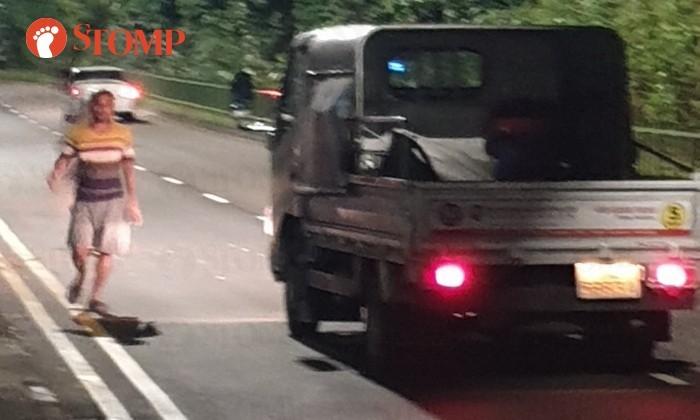 All it takes is for somebody to step up and somebody did. Three of them

Three men from a passing lorry got out and removed fallen tree branches that were blocking traffic on Henderson Road after no one else would.

Sharing photos of the incident, Stomper Melissa was grateful to them for what they did.

"Big, thick tree branches suddenly fell from a roadside tree with a loud sound. So dangerous. Luckily, no cars were under the tree branches at that moment," recounted the Stomper.

Because of the fallen branches on the road, vehicles had to slow down to go around them.

No one did anything about the branches.

Until a lorry came by.

"Only from this lorry, three foreign workers quickly got out and helped to pick up the tree branches, clearing the road for all the cars and buses," said the Stomper.

"Well done and a big thanks."

Somebody had to step up and they did.