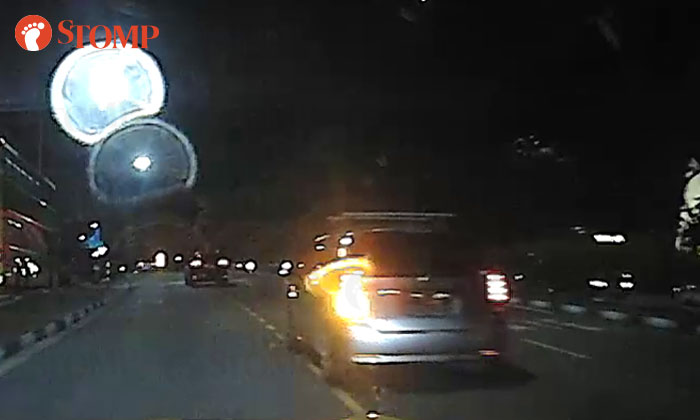 Stomper Rkkoh was driving along Queenway on Sunday evening (Oct 20) when he encountered another driver who wanted to make a sudden lane change.

According to the Stomper, the driver wanted to change left immediately despite signalling right just a few seconds earlier.

He did not give him enough time to stop to give way to the other motorist so he drove on. However, the driver later sounded his horn at Rkkoh and used his high beam.

"I wanted to stop to know what happened but I decided to drive on," he told Stomp.

"He ended up stopping beside me at the traffic light and confronted me, saying the way I drive is very lousy and that I could have killed someone.

"He challenged me to get out of the car and to go to the police station.

"That's when we had a shouting match and I became vulgar.

"I admit I was vulgar as I was pissed.

"How was I supposed to stop to let him pass?"