Stomper gets $20 vouchers after Food Junction stall accidentally charges her $3.50 for ikan bilis 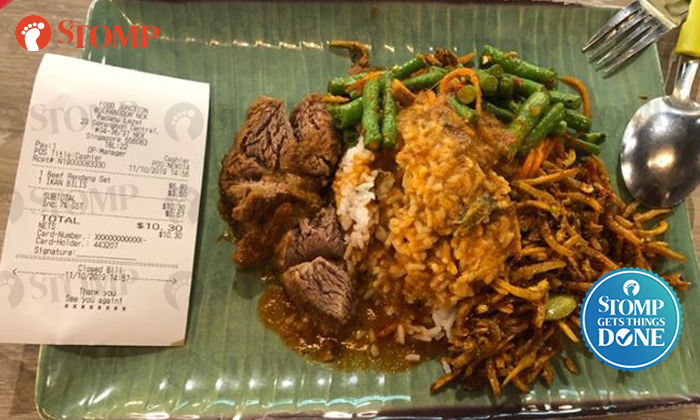 A diner received an apology and food vouchers after she was accidentally overcharged for her nasi padang meal at Food Junction.

Stomper Joyce had visited the food court at Nex shopping mall on Oct 11, at around 3pm.

She purchased a beef rendang set, which came with rice, beef and long beans, for $6.80.

The Stomper also added ikan bilis to her meal, but was surprised when she was charged an additional $3.50 for it.

"I personally feel that in future, when customers order ikan bilis, the stall should inform the need to top up $3.50."

In response to a Stomp query, a Food Junction spokesman said investigations have found that the stall tenant had overcharged the customer and that it was an honest mistake.

The spokesman added: "Our operations team has also informed the stall to ensure that prices are clearly communicated to customers prior to collection of payment to avoid such encounters in the future."

On Friday (Nov 1), Joyce shared that she was given $20 worth of food vouchers. 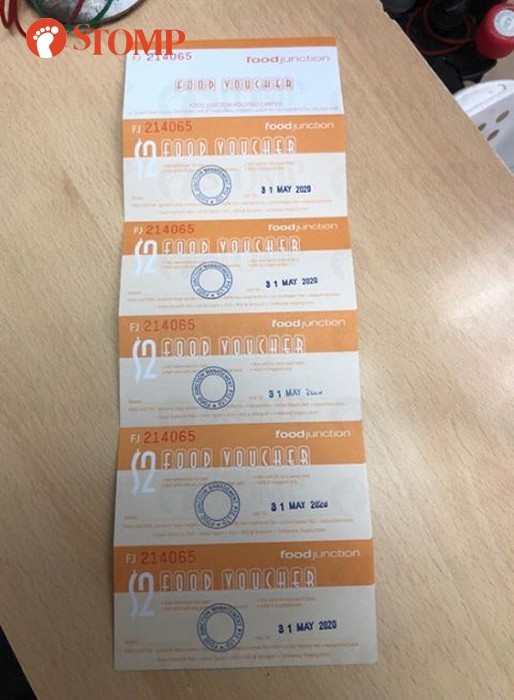 The Food Junction spokesman also confirmed that the matter has been resolved.

"The customer is satisfied with the apology and the service recovery that the stall provided," the spokesman told Stomp.