Stomper cooks massive lobster she found at Toa Payoh market: 'Its head was bigger than my face!' 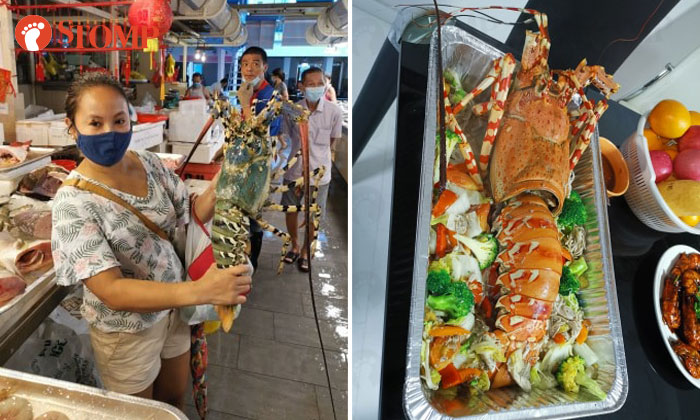 A Stomper was delighted with the massive catch she scored at a wet market at Toa Payoh Lorong 4 on June 20.

Stomper Lyndel shared with Stomp how she bought a giant lobster for $168 for a birthday celebration. It weighed around four to five kilograms.

"The vendor said he has been selling seafood at the market for many years but has never encountered a lobster of this size before," she said.

"It was about 55cm long and the antenna measured almost 100cm long.

"The head was bigger than my face.

"I think I bought the star of the market that day."

She told Stomp it was her boss's daughter's birthday that day and she cooked the lobster along with other dishes including big prawns, roasted duck and salted egg spinach. 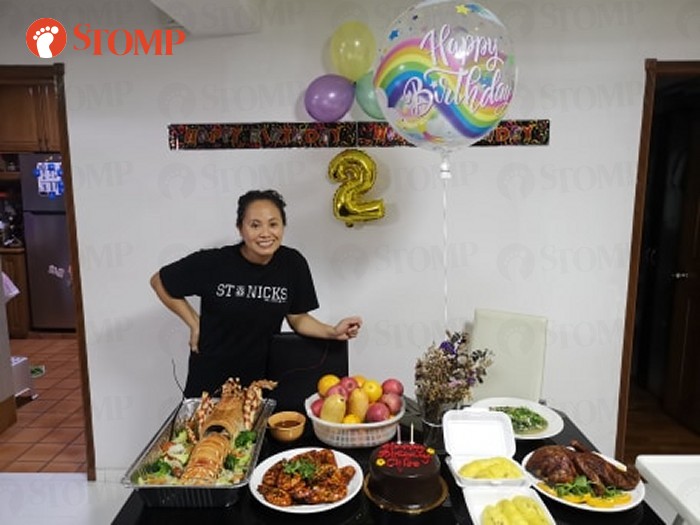 "Actually, we were just planning to buy ready-made salted egg and chilli crabs from a restaurant," she said.

"But when we went to the market to buy some fish and vegetables for the week, we saw this lobster displayed in one of the seafood stalls at the wet market.

"I was shocked at the size and it looked very beautiful. I tried to touch it but the stall workers wouldn't let me.

"Since we planned to do a simple celebration for their daughter, I decided to ask my boss to buy this instead of paying for the crabs from the restaurant.

"This is something very different and rare to find when it comes to size.

"After I bought it, people came to carry and take photos of it as well.

"Even the seller himself got the chance to carry and take a picture."

Lyndel also shared her experience cooking the lobster in a YouTube video.

"It is the first time in my life that I've cooked such a huge lobster before," she said.

"I boiled it in water with ginger, onions and sprite with some stocks.

"After boiling it around 20 to 30 minutes, I took it out and threw some vegetables in the soup and drained them again to put at the side."

"I used the biggest wok we had at home which is 40cm in diameter which was just big enough to fit the lobster's head.

"It tasted very nice and the meat was very soft.

"We really enjoyed it."

Related Stories
Woman invents new way of cooking chicken -- and leaves Internet speechless
Bet you didn't know these celebrities were great cooks
People who cook up a storm... versus those who conjure a disaster
More About:
cook
cooking
food
big
yummy