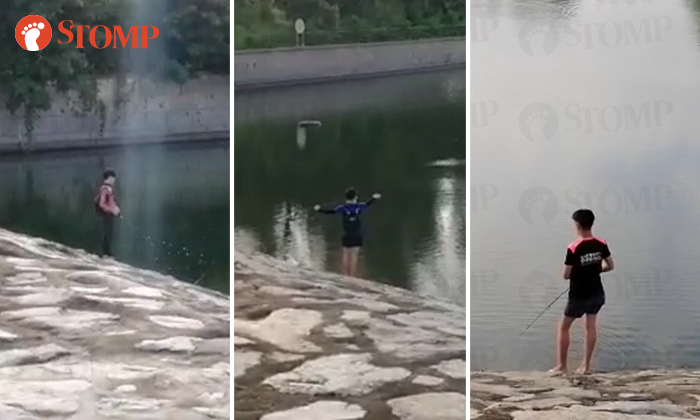 A Stomper was concerned when he saw three boys fishing at a prohibited spot in Coney Island at about 8am on Wednesday (Nov 27).

Stomper Tay contributed photos and videos of what he saw and said: "I was cycling through Coney Island and was exiting at the west gate when I saw these three boys fishing there.

"I went to take a closer look and saw two signs that said no fishing was allowed.

"It was quite early and they were the only ones there. I didn't see anyone else with them."

Tay added: "I cycle through Coney Island a few times each month and it's not the first time I've seen people fishing there.

"I usually see people standing at the railings and throwing their lines into the water.

"This time, the boys are standing on a slope and I thought it's rather dangerous. I didn't confront the boys.

"Since it's the raining season now, what if a flash flood were to occur or if the slope is slippery.

"I fear for their safety."