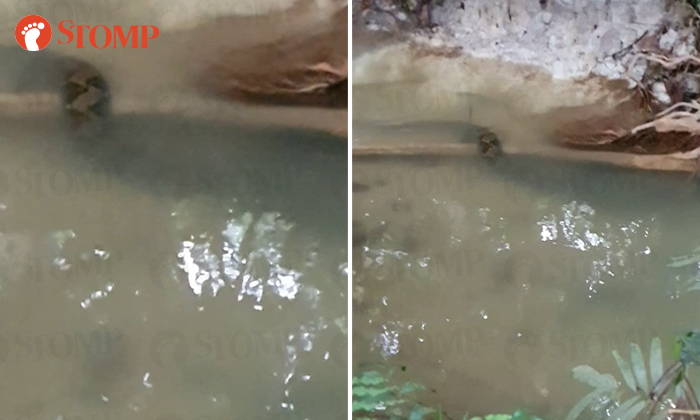 A Stomper was frightened when he noticed a six-metre long snake swimming in a stream at Cashew Nature Park.

Stomper Lim was walking through the park with his family at about 6pm on Saturday (Nov 9) and saw something moving in the stream.

He told Stomp: "It was about three to four feet away from my family.

"My two daughters and even my wife were so scared. We initially saw its head but then we couldn't see it.

"I didn't manage to snap a good shot of the snake because we rushed off.

"My family always goes to a park every week and this is our first time here at Cashew Nature Park.

"We saw a lot of animals like squirrels and even a family of wild boars but this is our first time seeing a wild snake in Singapore.

"The snake was really huge! It was about six-metres long."

Stompers Saf and Fie also came across some snakes while they were cycling.

Saf shared a photo and a video of the snake with Stomp and said: "I was cycling home from a mosque at 2 Pasir Ris Walk after my usual nightly prayers.

"While cycling, someone signalled to me with hand gestures, telling me to slow down.

"I then saw a long, tube-like object and was surprised to see a snake up close. It was about three metres in length. 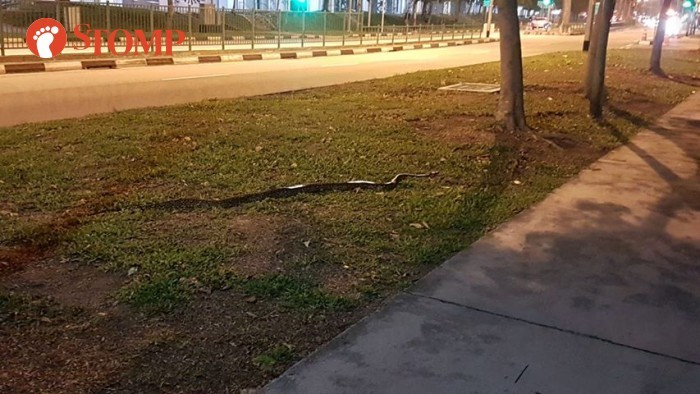 Saf added: I felt quite lucky to be able to encounter nature so up close but I was also scared.

"Nevertheless, it was awesome."

Stomper Fie contributed a photo and a video of the snake he saw and said: "I was cycling home when I saw a long snake at the east side of Gardens by the Bay at about 3.40am on Tuesday (Nov 5). 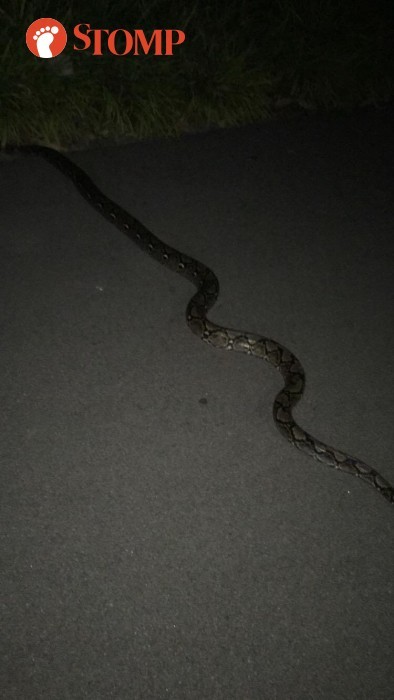 Fie added: "The snake was about 60 inches in length. I felt kinda scared when I saw it."

Related Stories
3m-long python minds its own business in drain outside Jurong West Primary School
2.5-metre python 'snaking' outside Beach Road hostel gets rescued by Acres
Can you spot what's lurking among the greenery at Bishan-Ang Mo Kio Park?
More About:
animals
snakes
Pasir Ris
BKE
Gardens by the Bay