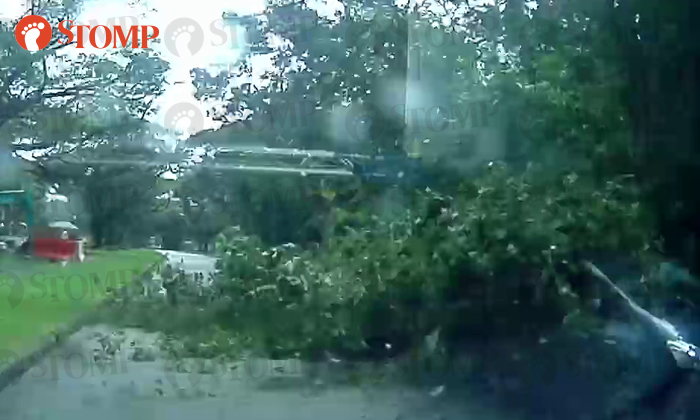 Stomper Fam's car narrowly missed being hit by a tree while driving along Yio Chu Kang Road on Sunday (Nov 11), but the vehicle on another lane behind him was not as lucky.

According to Fam, who was driving towards the Central Expressway (CTE), it had just started raining lightly when the incident occurred at around 2.30pm.

A video that he contributed showed how the tree fell right on the black car and broke its windscreen.

(Time on video is inaccurate)

Fam told Stomp: "I was shocked when the tree fell behind me and thought, 'Wa, heng (lucky).'

"The car stopped after getting hit by the tree. Its windscreen was cracked."

Fam, who said that the tree was about five to six metres tall, added: "When I passed by again in the other direction 45 minutes later, I saw that the tree had been moved."