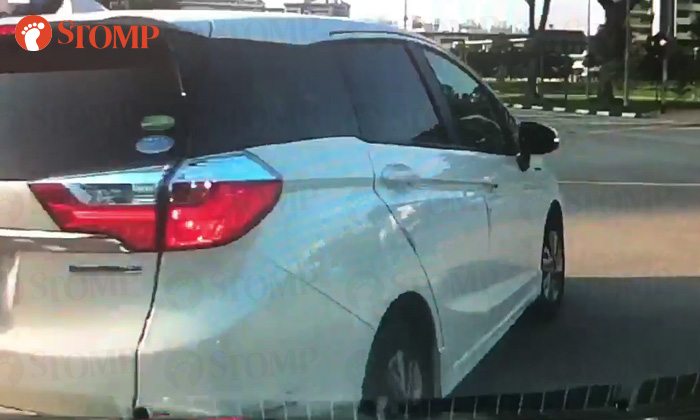 A Stomper made an emergency brake in order to avoid colliding into another car at the junction of Jalan Boon Lay and Boon Lay Way yesterday (Sep 25) at about 5.30pm.

In a video recorded by the Stomper's in-car camera, a white car is seen filtering into the lane of the Stomper while they were both making a right turn.

As a result, the Stomper had to immediately make an emergency brake.

"As you can see in the video, the driver was in the lane to my left," said the Stomper.

"We were both making a right turn when he suddenly cut into my lane.

"I had to apply my emergency brakes to the max.

"Luckily, I managed to avoid him just nicely.

"I want to share this video so that the driver in question is aware of his mistake.

Related Stories
Car makes illegal right turn near NUH despite Stomper's warning honk
Little boy does everything right when crossing road -- but van driver fails to stop for him
Wah, this van driver can steer wheel and talk on the phone -- at the same time
More About:
bad driver
reckless