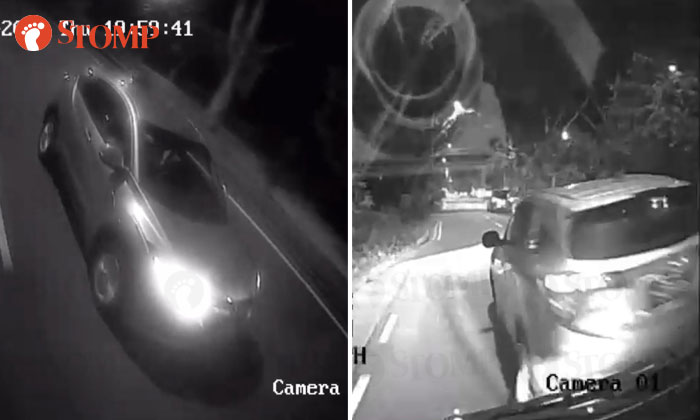 A car was caught on video hitting the side of a minibus before driving away in a hit-and-run accident along Upper Thomson Road on June 9.

A Stomper shared footage of the incident in an appeal for witnesses.

She said her colleague was driving the minibus when the incident happened at about 8pm.

"A car from the right suddenly switched into her lane without any signal," she said.

"However, the attempt failed and the car hit my colleague's minibus.

"Our bus stopped at the side of the road immediately while the car just hit and ran.

"Our video was unable to capture its carplate number.

"We hope there are other drivers who managed to capture clear footage of the accident, especially the carplate number."

If you have any information or footage of the incident, kindly contact Stomp at stomp@stomp.com.sg or WhatsApp us at 9384 3761.