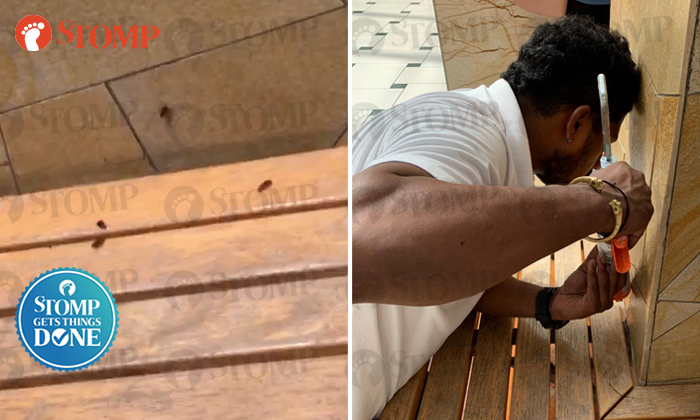 Stomper Junda and his mother were having dinner at Kopitiam food court in Jurong Point on Tuesday evening (May 7) when cockroaches started crawling out of the bench that the latter was sitting on.

Junda told Stomp that it was around 8pm and they were seated near the dessert stall.

He said: "Small cockroaches started coming out from the gaps of the L-shaped bench where my mum was seated.

"There were over 20 of them roaming freely and crawling around.

Junda shared videos of the cockroaches on the bench, adding: "It made us lose our appetites so we quickly finished up our food and left. I feel very disgusted to be eating with a bunch of cockroaches."

In response to a Stomp query, a spokesman for Kopitiam said it has since conducted a thorough investigation into the incident.

The spokesman told Stomp: "We found a gaping hole in the floor of the concrete structure connected to the wooden bench.

"The hole was immediately sealed and the pest control company was activated to do a complete sweep of the entire outlet." 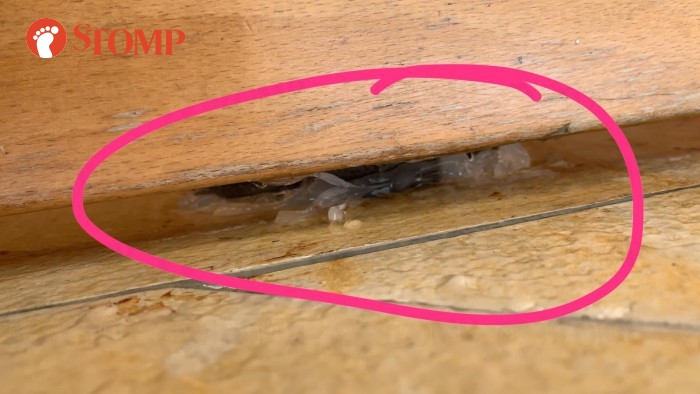 (The hole after being sealed. Photo: Kopitiam)

According to the spokesman, pest control is conducted at the Kopitiam outlet on a weekly basis.

"We will continue to monitor to ensure there is no further recurrence," he added.

Stomp understands that this is an isolated incident.