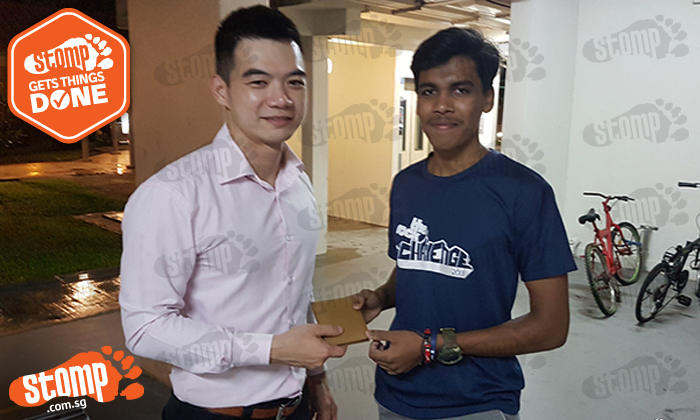 A man who lost his wallet on bus service number 121 early yesterday (Jan 25) afternoon was reunited with it thanks to a kind soul and a Stomp report.

The man, Herman, a 30-year-old financial consultant, realised his wallet was missing at noon yesterday after he got off the bus.

He immediately got back onto the bus to look for it, but was unable to find it.

Herman got off the bus and returned to Tiong Bahru Mall (where he was earlier), and checked with the lost and found counter staff who informed him that his wallet was not there.

So, he called SBS to enquire about it and was told to check at the lost and found section at North Bridge Road Terminal, where bus service 121 starts and ends its loop route.

He was dismayed to find that his wallet was not there either, and proceeded to a police station to make a report.

As he was walking home after that, he saw that many of his friends had messaged him after seeing a Stomp article about his missing wallet.

He sent a photo of the Identification Card (ID Card) he found inside the wallet in an attempt to locate the owner.

And within an hour of losing his wallet, Herman was informed about the Stomp report about that very same missing item.

After Stomp arranged for the two to meet up, Herman was reunited with his wallet, and just in time.

He is leaving Singapore for a short holiday today (Jan 26) and was worried he might not find his wallet before his trip.

"I am very thankful for the effort both Ajey and Stomp put in to help get my wallet returned to me," said Herman.

As for Ajey, when asked why he chose to post about in Stomp, the youth said:

"The first thing I thought of when I saw his ID was to post about the wallet on Stomp.

"I felt that it would be the fastest way to get your wallet returned to you."

Stomp is more than happy to help, and would also like to praise Ajey for his civic-mindedness.

Related Stories
Stomper looking for owner of wallet he found on SBS bus 121
Worker gets back misplaced wallet and permit thanks to kind soul and Stomp post
Woman gets PAssion Card back: She did not know it was lost till she saw Stomp report
Girl who lost wallet at Subway store gets it back after Stomp report -- and defends Stomper from cynical comments
Stomp gets things done
kind
good samaritan