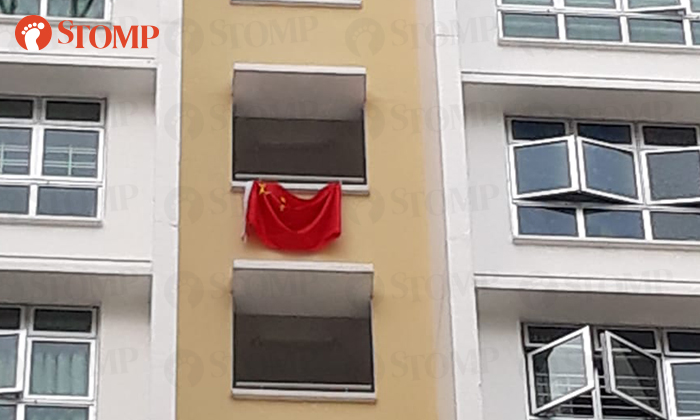 Is it illegal to display another country's national flag in public spaces?

Stomper Fellowman saw a national flag of China that was displayed at Block 489B Choa Chu Kang Avenue 5 on Monday morning (August 5).

She wondered if it was illegal and shared photos of what she saw with Stomp.

According to the Singapore Statutes, the National Emblems (Control of Display) Act states that displaying any flag or national emblem that is not of Singapore in public is considered an offence.

An emblem is considered as being displayed in public when it is visible to members of the public.

If convicted of the offence, the person could face a fine of up to $500 and/or a jail term of up to six months.

Exceptions to the Act include diplomatic representatives of a foreign power to Singapore, where authorisation has been granted by the government, and on ships and aircrafts.

There are also certain rules to adhere to when displaying Singapore's National Flag.

The National Heritage Board says: