Stepson of Jalan Besar nightclub owner attacked by knife-wielding man: Blow could have been fatal 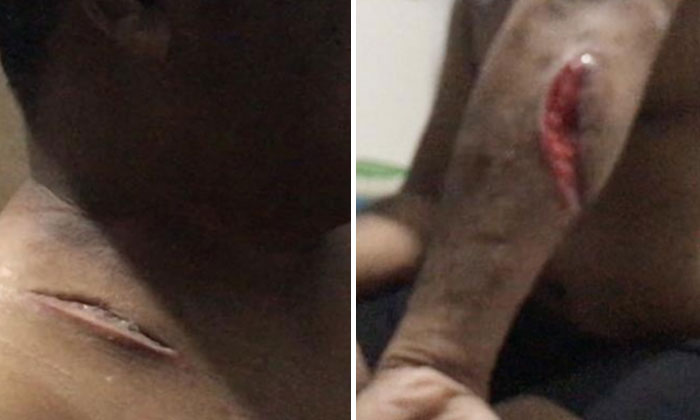 A Jalan Besar nightclub owner who sustained injuries after being attacked by a knife-wielding man could have died, said the victim’s stepson.

Irsyad Sameer Abdul Rahim, 27, had attacked Mr Hermanto Abdul Talib, 41, with a knife at the nightclub located at 261 Jalan Besar on March 31, at about 2.15am.

The suspect, also wanted for other criminal offences including traffic and drug-related offences, was subsequently arrested in​Tampines on the early morning of April 7 by officers from the Central Police Division and the Criminal Investigation Department (CID).

During the operation, he attempted to flee from the police in a car, damaging a police vehicle and injuring an officer.

He was charged in court on Monday (April 9).

The court heard that on the day of the incident, Irsyad who was wielding a knife had ganged up with three other men to attack Mr Hermanto.

Reporters later visited Mr Hermanto’s home but discovered that he had gone to Johor Bahru to recuperate from the attack.

His stepson said that his Mr Hermanto had come home following the attack, attempting to tend to his wounds himself.

He added: "My stepfather was afraid of going under the knife. No matter what we said, he refused to go to a hospital."

From the photos, a laceration measuring about 10cm long and 4cm wide is seen on Mr Hermanto’s left arm.

The cut was deep enough that his bones were exposed.

Mr Hermanto also had another serious cut on his right shoulder, just several inches from his head.

Said the stepson: "The blow missed his head by a little. It could have killed him."

According to Shin Min Daily News, the incident had been triggered after Mr Hermanto confronted Irsyad and his gang when he thought they had not paid their bills in full.

A dispute ensued, and Irsyad suddenly drew a knife on Mr Hermanto.

The attack also left Mr Hermanto traumatised, and he does not have plans to head back to the nightclub for now.

Records drawn from the Accounting and Corporate Regulatory Authority (ACRA) indicate that Mr Hermanto is a director and a shareholder of the nightclub.