Stepdad grabs 8-year-old boy's neck, lifts him off ground and slams him into pile of clothes 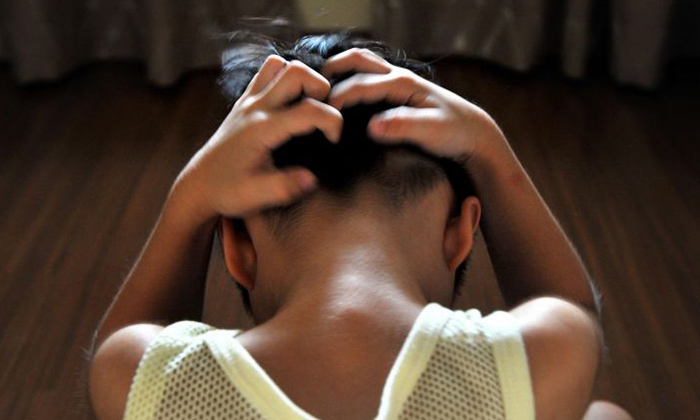 He became irritated as he felt his eight-year-old stepson was staring at him while he was making a drink in the kitchen.

Asking the boy what he was looking at, he walked over, grabbed him by the neck and lifted the child off the ground.

The man, 28, then slammed the boy down into a pile of clothes nearby, leaving the child in tears.

For ill-treating the boy, he was yesterday jailed for four months. He cannot be named due to a gag order.

"(It was) only fortuitous that there was no physical injury," she told the judge.

Before handing down the sentence, Judge Tan said an appropriate one had to be meted out to discourage like-minded individuals from committing similar offences.

The court heard that the man was at home with the boy, the boy's mother and nine-year-old half-sister when the incident occurred on Dec 3 last year at 9.30am.

The boy's mother had shouted at the man when she noticed him grabbing the boy's neck. His half-sister, who also saw what happened, had screamed, DPP Lim said.

When the boy's mother asked the man and the victim what had happened, the man said the boy was behaving like a gangster and was staring at him.

The boy, who was taken to KK Women's and Children's Hospital, did not suffer any physical injury.

The incident came to light when the boy's aunt called the police the next day after the man and the boy's mother argued. The aunt said the boy told her the man had hit him.

In court yesterday, the man had nothing to say in mitigation. Under the Children and Young Persons Act, he could have been fined up to $4,000, jailed for up to four years, or both.

Related Stories
3-year-old boy found with bruises: Pre-school teacher suspended, police investigating
Maid who smacked 5-year-old boy and threw him onto ground at Punggol field gets jail
Man who kicked autistic boy in the stomach for 'playing roughly' near his son gets jailed 1 week
More About:
child abuse
abuse
court