Stefanie Sun is NOT dead 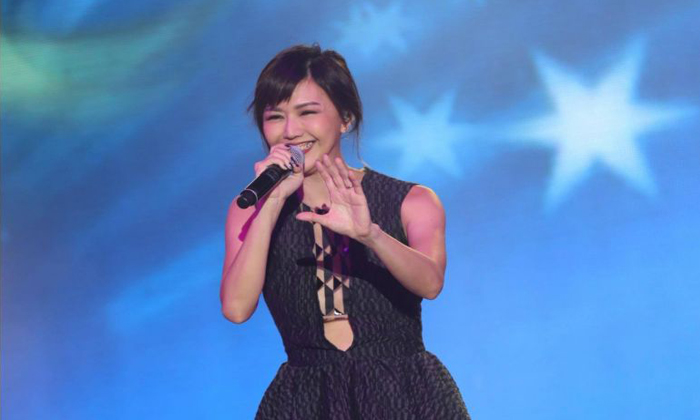 An online report that had been circulating around saying that home-grown singer Stefanie Sun has died has been debunked by Stefanie herself, according to an article on The Straits Times.

In the online report on states-news.com, the 39-year-old singer was rushed to hospital after a prop fell on her while she was performing in New York on Tuesday.

The story quoted an audience member who said that while early reports mentioned that Sun had broken her ankle, "official news just broke out the singer died from injuries sustained from the accident".

Chinese evening newspaper Shin Min Daily News contacted Sun's representative who rubbished the story and said that the singer is in good health.

The representative added that Sun is in Singapore and preparing for an album launch in November.

Stefanie posted a video to her Facebook page on the same day, wishing her fans a happy Mid-Autumn Festival.

Related Stories
Allan Wu and Daniel Ong find beautiful new loves after divorce
You might not be prepared for how your favourite celebs look like without makeup
Age gap is not a problem for these celeb couples at all
More About:
Stomp fights fake news
celebrities
entertainment