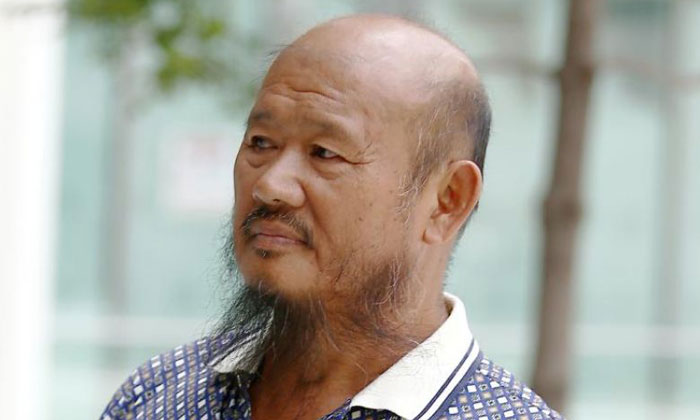 The State Courts have apologised to a lorry driver after an administrative error caused him to remain in jail for two extra days over a fine which he had paid that was not recorded.

Mr Teo Seng Tiong, 59, was sentenced on Jan 14 to seven weeks' jail and a fine of $500 for swerving his lorry into a cyclist and failing to make a police report within 24 hours of the accident.

The State Courts said in a statement on Wednesday (Sept 2), that Mr Teo's appeal was dismissed by the High Court in July and he paid the fine and began serving his jail term on July 20.

As a result, Mr Teo ended up staying longer in jail than he should have. During sentencing, he was told if he was unable to pay the fine, he would have to serve another three days behind bars.

"The State Courts deeply regret what has happened, and we have conveyed our letter of apology to Mr Teo through the Attorney-General's Chambers.

"When the error was discovered, the State Courts took immediate steps to review our work processes governing fines for State Courts cases that have gone on appeal to the High Court," State Courts said in the statement.

It added that it has since implemented further safeguards, such as additional levels of checks, as well as commenced an internal review of the matter.

"Depending on the outcome of the review, appropriate action (including disciplinary action) will be taken."

The error was discovered only when Mr Teo's lawyer, Mr Tan Hee Joek, sent a receipt of the payment for the fine to SPS.

Mr Teo was released on Aug 24 morning, with a third of the three days' jail in lieu of the fine remitted.

Mr Tan said his client is grateful to the Courts for quickly clarifying why he had wrongly served two additional days in jail.

He added: “Those extra two days were especially agonising for him as he lived in uncertainty and fear in a small cell for four.

“He trusts that the authorities will soon commence dialogue with us on how Mr Teo can be appropriately compensated in order to draw a timely closure to this unfortunate episode.”

The $500 fine Mr Teo paid has not been refunded.

Lawyers The Straits Times spoke to noted the rarity of such errors.

In 2007, a man convicted of abetting a loanshark to harass a debtor was caned three times more than he was sentenced to after a court clerk recorded the sentence wrongly. A compensation was made after the man reached a settlement with the Government.

Criminal lawyer Sunil Sudheesan said such errors are “very rare”. “The accused would have told prisons he paid the fine and it was unfortunate that further checks were not carried out.”

Veteran lawyer Amolat Singh agreed these are “very exceptional instances”. “The fact is that he lost his liberties for two days... I’m sure the defence counsel will work out some compensation. It’s hard to quantify because it is a private matter between Mr Teo and AGC.”

Similarly, lawyer Josephus Tan said: “As the saying goes ‘one day in jail is one day too many’. Previous cases had settled with undisclosed sums of compensation and I believe the present case would be no different.”

Furthermore, the Courts’ apology should not be read negatively, noted Mr Shashi Nathan. “It shows that the court is transparent and independent in how it looks at cases and takes these errors seriously,” he said.

Mr Teo was convicted of causing hurt to cyclist Eric Cheung Hoyu. Besides the jail term, he was also disqualified from holding or obtaining all classes of driving licences for two years.

The accident occurred just before noon on Dec 22, 2018, at the junction of Pasir Ris Drive 3 and Pasir Ris Rise. In a viral video of the incident, Mr Cheung is seen hitting the left side mirror of Mr Teo’s lorry.

The lorry then suddenly swerved to the left towards Mr Cheung, who fell off his bicycle onto the grass verge on the side of the road.

Mr Cheung was fined $2,800 on April 12 last year for mischief and causing obstruction.