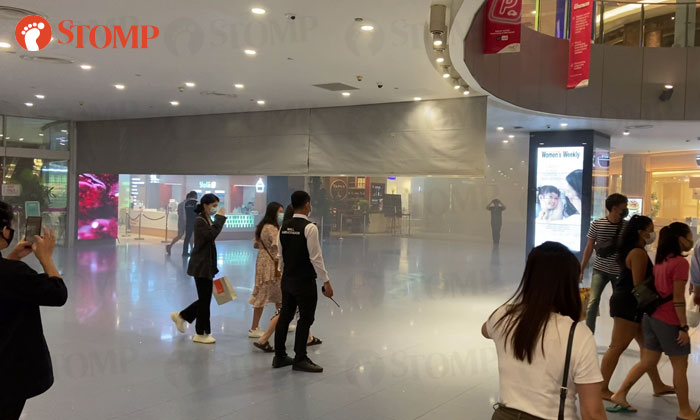 Diners self-evacuated from a restaurant at VivoCity shopping mall on Wednesday evening (Mar 31) after a sprinkler system malfunctioned.

The Singapore Civil Defence Force (SCDF) confirmed with Stomp there was no fire.

A Stomper alerted Stomp to the incident and shared a video showing customers being ushered away from a section of the mall.

The sound of gushing water can be heard in the background.

"A fire alarm rang at VivoCity at about 8pm," he said.

In response to a Stomp query, the SCDF said they were alerted to an incident at 1 Harbourfront Walk at 7.44pm.

"The incident involved the malfunction of the sprinkler system located in a restaurant located on the first floor.

"There was no fire.

"The patrons in the restaurant self-evacuated before the arrival of SCDF.

"No one was injured as a result of the incident."