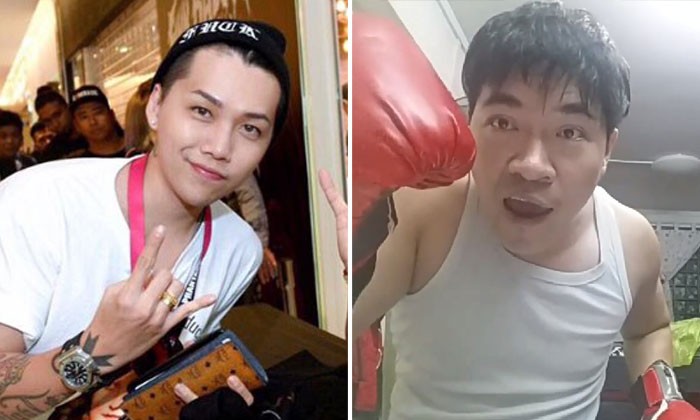 Steven Lim and Sylvester Sim made a name for themselves in different ways at the 2004 Singapore Idol.

Fast forward 13 years, the duo have found themselves in the limelight once again.

Instead of singing however, they will be locking horns in a Muay Thai match.

The bout is part of a 'celebrity fight-off' at the inaugural Asia Fighting Championship (AFC) organised by Muse Fitness Club Singapore and event company Axseed Events.

According to its website, the AFC aims to 'unite different nations through a provision of a professional platform for the showcase of the talent in the sport worldwide'.

The war of words between the two personalities has since begun following the announcement of the bout, with Sylvester firing the opening salvo.

"I make things happen, I create big shows, I have a dream I make it happen. Not just talk. And not everything is about ego. It's passion. And I have a bunch of passionate people behind me and being the support.

Click here to find out more about the AFC.

Related Stories
National swimmer turned MMA fighter May Ooi set to make ONE Championship debut
ONE Championship CEO disappointed with 'arrogance' displayed by UFC over S'pore fighter Angela Lee
To all fans of MMA: Get ready for a power packed 2017 with ONE Championship
More About:
celebrity
fight
steven lim
unusual
mma
muay thai