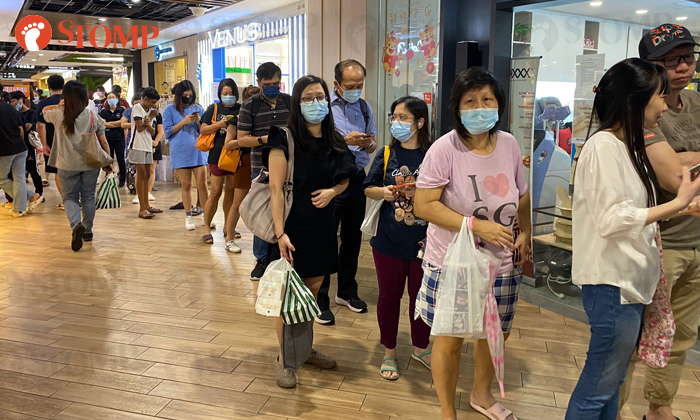 Some in the queue were heard saying they initially did not know what was going on, but decided to join the line after seeing people do the same.

They were actually waiting for the sale of 1-for-1 Hokkaido Baked Cheese Tarts to begin at 6pm. 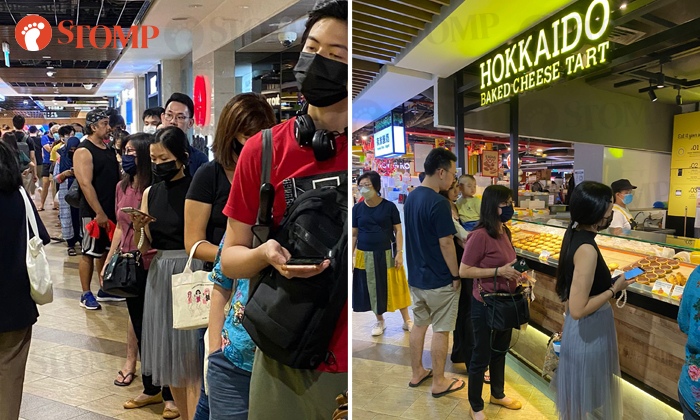 The promotion is to celebrate the sixth anniversary of pastry chain Hokkaido Baked Cheese Tart. It will last from Sep 4 to Sep 9, with two time slots each day.

The original-flavoured cheese tarts are normally priced at $3.20 each, but customers can get a 1-for 1 deal during this promotion. Each person can get up to three tarts, which means you can have six tarts for $9.60.

There are limited stocks per day, which might explain why people started forming queues even before 6pm. Or perhaps they are just being typical Singaporeans. 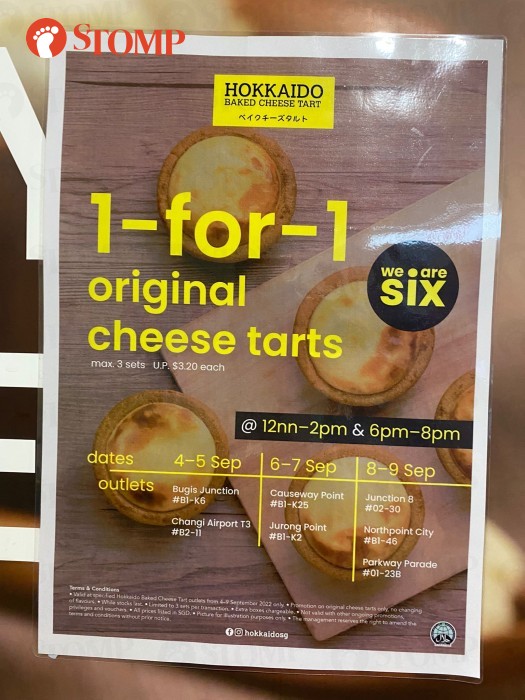 She said: "I heard about the promotion yesterday but wasn't planning on going to buy or anything. I was meeting a friend for dinner at the mall but it was too early to eat, so we walked around and saw a queue forming.

"That's when I remembered that there was a promotion for 1-for-1 tarts.

"There was not a lot of people yet so my friend and I decided to join the queue. Soon, more and more people started to join the line."

C's video shows numerous people in the queue in the lead-up to 6pm.

She recounted: "Everyone was patient and in a jovial mood and chatting to one another about the promotion. Some were confirming how many tarts one person could buy. There were also people asking what we were queueing for.

"The sale started at 6pm sharp. Staff were efficient and there was someone helping to manage the queue so that other shoppers had space to walk.

"I heard one of the staff members asking customers how they knew about this promotion and whether they had come across it on social media.

"They replied that they were not aware of any promotion, but decided to queue after seeing other people queueing." 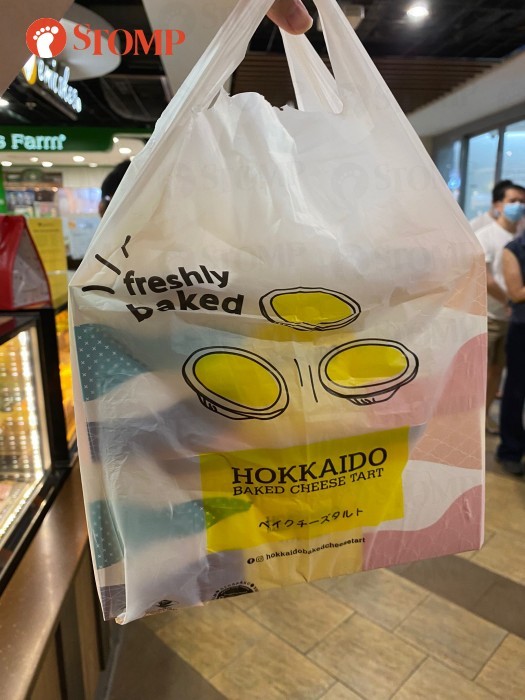 The Stomper said she did not have to wait long and got her tarts by 6.05pm.

For those who missed the promotion today, fret not. You still have three more days to get your fix. Just make sure you are at the right outlet.

View more photos in the gallery so that you know the crowd to expect.