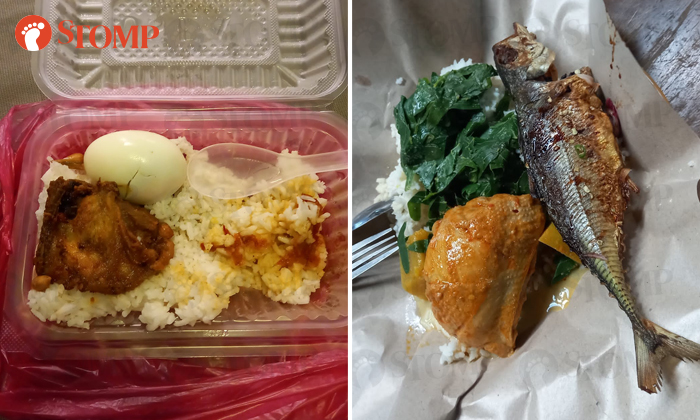 Stomper Suzie, a Singaporean who has been living in Johor Bahru for four years, recently did a side-by-side comparison of nasi lemak from two stalls to warn fellow travellers about getting a bad bargain.

Suzie, who identified herself as a "SG chiobu living in JB", said she has been commuting between Singapore and the Malaysian city almost daily ever since borders opened in April 2022. 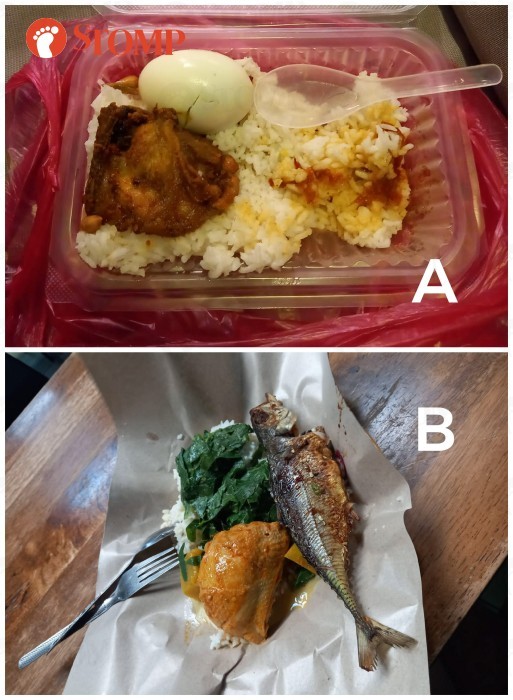 She shared: "Picture A: One miserable piece of chicken nugget with one boiled egg. The nasi lemak is the size of my palm and costs a ridiculous RM7.

"This was from the side stall inside JB Sentral. The kakak who sells it seems nice, but c'mon, the portion is not enough even for my pet goldfish, Nemo.

"Picture B: On the other hand, another stall at Southern City shopping mall charges only RM10 (S$3.10) for a good portion of white rice, one whole fish, one chunky chicken breast and one veggie.

"JB Sentral stalls are shortchanging their daily customers as their food portions get smaller by the day. Many Singaporeans just go along thinking it's 'wah lao so cheap'.

"No! You are being shortchanged.

"My advice: Go buy food anywhere else except at JB Sentral. Trust me, you will get a better and tastier deal."

Earlier in June, a woman sparked a heated debate online when she compared the difference between $3 nasi lemak in JB and Singapore.

She said the intention behind her posts was not about price comparison or currency rates, but about taking pride in food quality and customer satisfaction. She also wanted to help travellers make better-informed choices.