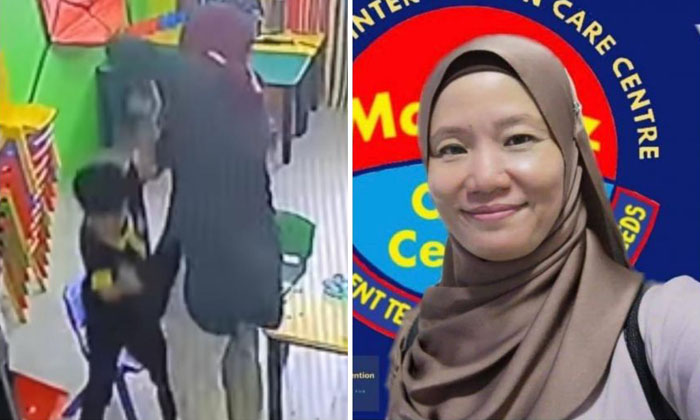 A Singaporean woman who was principal at a childcare centre in Malaysia allegedly abused an autistic child in her care.

In a statement on Monday (Oct 11), Ampang Jaya police chief Mohamad Farouk Eshak said the Malaysian police have completed their investigations and have referred the case to the public prosecutor.

He said Ms Sharifah will be charged with neglecting a child and overstaying.

She was working as the principal of Maikidz Care Centre in Selangor, Malaysia.

The childcare centre focuses on children with special needs, with seven such children under its care.

The centre's website stated that Ms Sharifah had 16 years of teaching experience and the centre also offered training for parents and teachers on how to handle children with special needs.

But on Oct 3, a parent of a six-year-old alleged that the principal had abused his son in an incident on Oct 1.

The man said in a Facebook post that his autistic son was a student at the centre and would sometimes return home with bruises on his face and body.

He initially believed these were from him accidentally bumping into things while being active at the centre.

But on Oct 1, he found marks on his son's back that he said could not have been self-inflicted.

The man's post included photos of the child, with visible bruises on his forehead, next to his right eye and on his left shoulder. 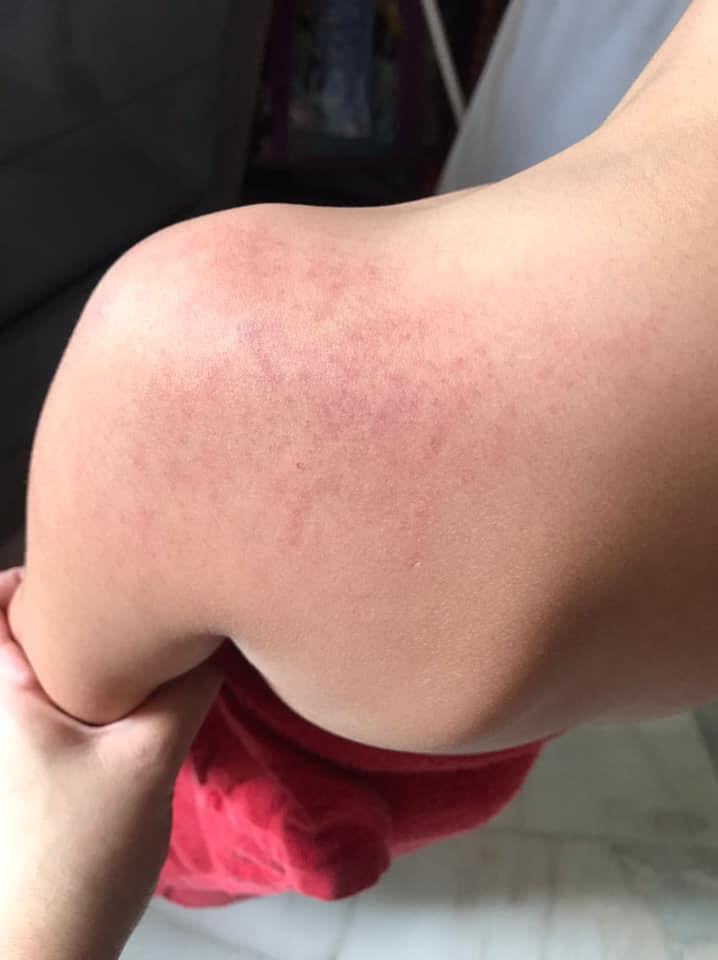 On Oct 3, a parent of a six-year-old said in a Facebook post his autistic son would sometimes return home from Maikidz Care Centre with bruises on his face and body. PHOTO: FACEBOOK

It also included a 47-second security camera footage purportedly from the centre, showing the incident.

In the video, a woman can be seen trying to feed a boy who did not want to eat his food.

As he protests, she raises her palm and he immediately shields his face with both his hands.

He later runs away, but is quickly grabbed by the woman, dragged and lifted into the air. 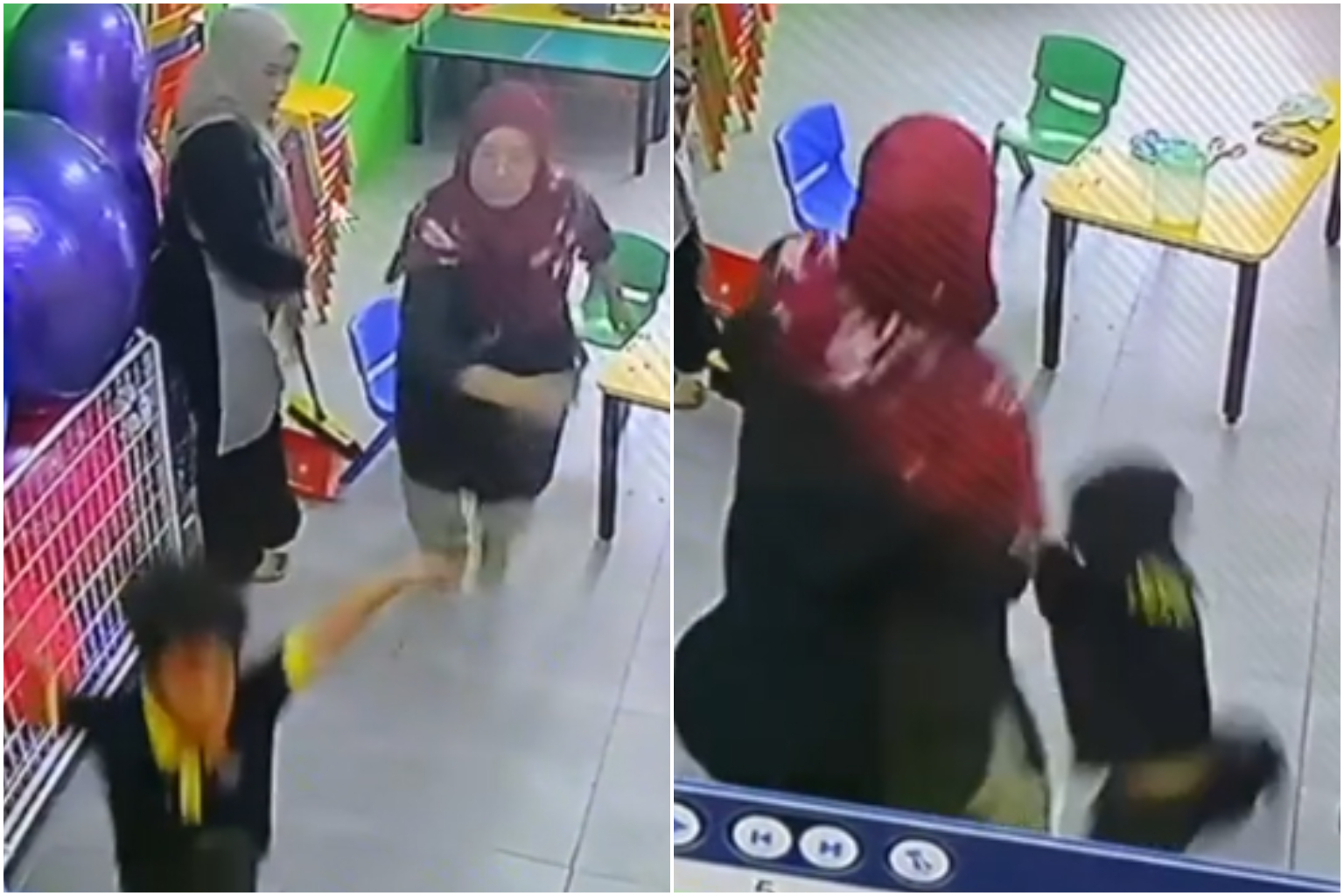 In the video posted by the parent, a woman can be seen grabbing a boy after he runs away, dragging and lifting him into the air. PHOTOS: SCREENGRABS FROM FACEBOOK

The woman violently slams him into the chair and pushes it forward, causing the boy to lurch forward into a table, before he is again made to eat. 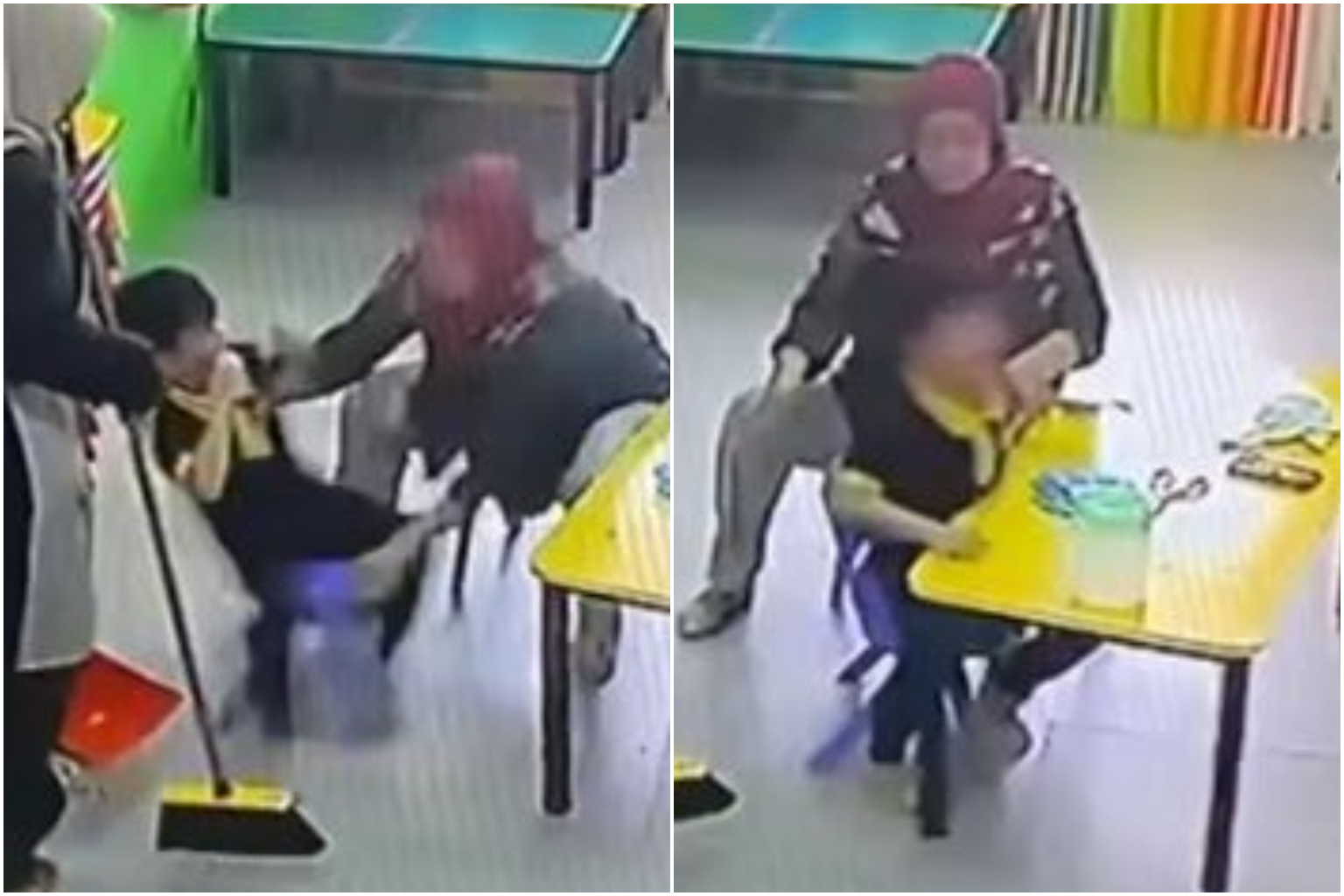 The woman violently slams him into the chair and pushes it forward, causing the boy to lurch forward into a table, before he is again made to eat. PHOTOS: SCREENGRABS FROM FACEBOOK

Another woman is seen in the video casually sweeping the area around the boy and the woman.

The post has been shared more than 27,000 times, drawing outrage from many, including Malaysia's Minister of Women, Family and Community Development Rina Mohd Harun, who said firm and swift action will be taken.

The Malaysian police said that the centre, which has been operating for seven years, had an expired licence.

They also said Ms Sharifah was found to be an overstayer with an expired social visit pass.

Despite the childcare centre claiming it was run by an eight-person team, the police revealed that Ms Sharifah only had three other employees at the centre.

Those convicted of neglecting a child in Malaysia may be jailed for up to 20 years and fined.

Related Stories
Mother kicked daughter, broke her teeth, pulled her ears and dragged her by hair
Man gets jail for throwing his 2-month-old baby at cop while trying to evade capture
Maid threw toddler on sofa for 'messing up the house', caused her to hit her head on armrest
More About:
child abuse
childcare
autism
Malaysia
abuse