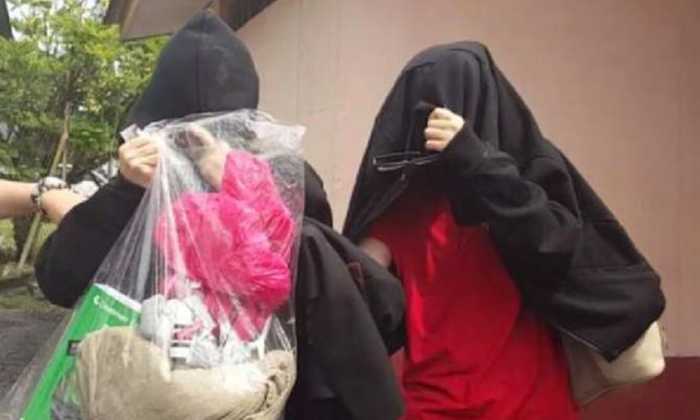 The family who got into trouble in August last year (2016) for hurling insults at an immigration officer during a border inspection in Johor Bahru, has gotten into trouble with the Malaysian authorities again.

The 42-year-old woman, Quek Chin Fern and her 18-year-old daughter, Cheryl Lim, were accused of shoplifting on Jun 19, 2017 and sentenced to one day imprisonment after pleading guilty before a magistrate’s court in Johor Bahru, reports Shin Min Daily News via Lianhe Zaobao.

This comes after Quek and her family were detained on August 12, 2016 at the Sultan Iskandar Customs, Immigration and Quarantine Complex (CIQ) when the woman allegedly insulted an officer for asking her to wind down her car window during a routine inspection.

An Malaysian non-government group (NGO), Suaram, has issued an statement on the incident, citing that the two served their sentence on Jun 22 at Kluang Prison, but instead of being released, were brought to a detention centre to continue their ‘sentence’.

The woman’s 19-year-old son, Miguel Lim, was told during a phone interview with Malaysian officials, that his mother and sister were not released as they did not have their passports with them, and the documents were not held within the compounds of the detention centre.

Upon further inquiry, Miguel found out that the Immigration Department of Malaysia had sent out orders to detain the two.

“There is no legitimate ground for these individuals to be subjected to additional detention by the Prisons Department and Immigration Department”.

Sevan denounced the ‘underhanded method’ and asked for the immediate release of the two, adding that Quek had dislocated her shoulder during her time at the detention centre, but did not receive adequate treatment for it.