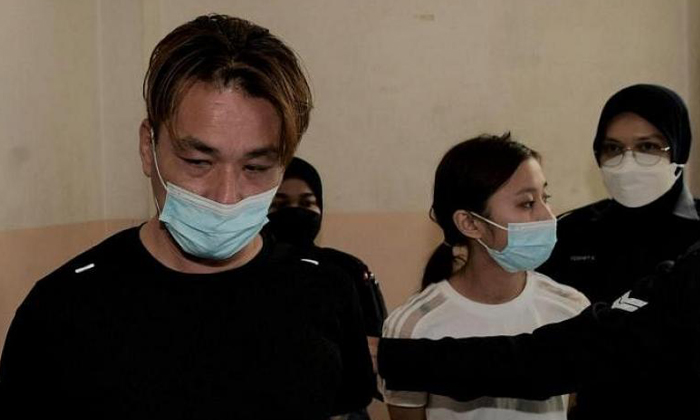 A Singaporean man and his Malaysian girlfriend, who were hauled to court in Johor, Malaysia, on Thursday (Aug 18), face the death penalty or life imprisonment if convicted of drug trafficking.

Loh Kok Kiong, 49, and Soh Yong Xin, 32, were allegedly caught with drugs at a house in Forest City on Aug 9.

They are alleged to have trafficked more than 9.6kg of methamphetamine and possessed 666g of ketamine.

Loh is alleged to have also trafficked 139g of nimetazepam at a house in Taman Sutera and injected methamphetamine into his body at the Iskandar Puteri District Police Headquarters Narcotics Division.

No plea was recorded for their other charges.

Malaysian media reported that bail has not been offered for the couple who did not have lawyers.

The cases are now before the Malaysian High Court and are expected to be mentioned again on Sept 20, pending chemistry and pathology reports.

Those convicted in Malaysia of drug trafficking may be put to death, or jailed for life with at least 15 strokes of the whip.