S'porean in Batam rushed to hospital after sandflies bite her face: 'I couldn't really breathe properly' 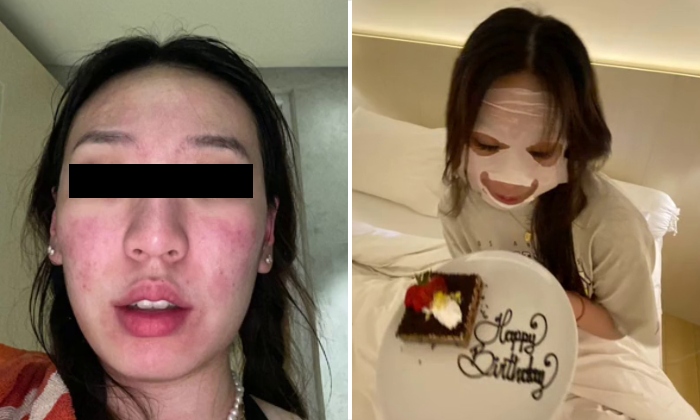 A woman holidaying in Batam thought she was having a severe allergic reaction after consuming seafood when her face swelled up and she broke out in hives.

She later found out, though, that it was caused by sandfly bites while on the beach.

In a TikTok video on Dec 3, @naploes said she felt her face "ballooning" after frolicking on the beach. She also broke out into hives and "couldn't really breathe properly".

"Sandflies bit me, all over my face, my neck, everywhere," Natalie said in the clip.

Thankfully, the staff at the resort she was staying at, Harris Resort Barelang, came to her rescue.

"The resort staff were so nice because they sent us all the way to the hospital and waited throughout the whole thing just so that they could send us back.”

Because of the language barrier, naploes said hospital staff had trouble understanding her, and appeared "uncertain of what to do''. They eventually gave her a steroid jab as treatment, she said.

Symptoms of sandfly bites include itching, rashes and swelling.

Treatment usually involves the use of long-acting antihistamines and potent topical steroids, as well as antibiotics if there are signs of skin infection.

Try to avoid bites by covering up and using insect repellant, or stay clear of bodies of water during dawn and dusk.