S'pore woman turns to prostitution after getting $500k in debt, ends up marrying client 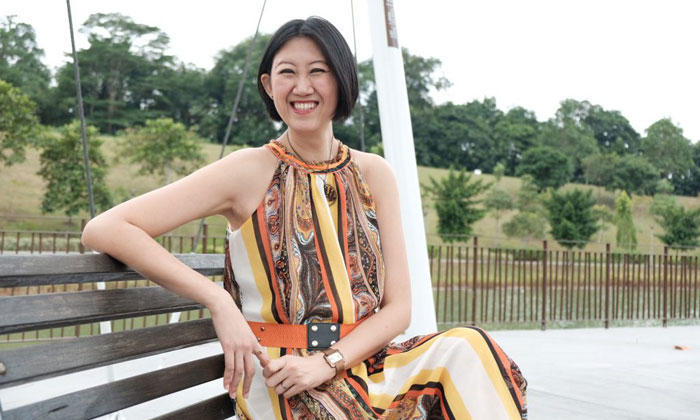 At 29, Pamela Lim was homeless, jobless, and half a million dollars in debt.

Desperate and alone, she turned to prostitution to climb out of the situation she had fallen into.

Speaking about her past, Pamela sat down with Eng Beng of the Happiness Notebook for an interview.

Pamela's financial problems began in 2004 when her events management business failed, leaving her $50,000 in debt.

Naive and anxious to pay it off, she fell for a get-rich-quick investment scam by a friend who kept asking for more and more money and even harassed her at work, causing her to leave her job as a receptionist.

"I fell out with my family because of the money issue. I even stole and pawned my mum’s jewellery out of desperation for a few thousand dollars," said Pamela.

"My brother was angry and took my house keys away. I was jobless, penniless, and homeless. I was desperate, and ended up doing (prostitution)."

Initially, Pamela visited cyber cafes to find someone to confide in through the Internet Relay Chat (IRC).

However, men started making indecent proposals, and that's when she realised she could make money doing this.

During her eight months as a prostitute, Pamela had 30 clients, of which three were regular.

Speaking on her worst experience, she recalled a client who forced himself on her without wearing a condom:

"We did the first round, then he literally forced himself on me for a second time without protection. I ended up with gonorrhoea. The experience was horrible, I felt humiliated."

She hated what she was doing, but she continued because she wanted to get out of debt.

However, in her darkest hour, she managed to find her light at the end of her tunnel when she met Eric, a client who would eventually become her husband.

"Before I met Eric, all the clients I had wanted my body only for their personal satisfaction. I was, to them, a tall and beautiful girl they could use as an object of carnal pleasure,” she wrote in her book.

"Eric was very nice, brought food for me and brought me to see a doctor. He was someone I felt very comfortable with."

Eric found himself falling in love with Pamela despite what she did for a living:

"I did ask myself if I should get involved with her. But I told her I would always be behind her.

"I have this feeling that we’re meant to be together. I didn't mind her past, the past is the past. This is life, right? We all have issues.

He lent her money and was also there for her at her lowest moment when her father found out what she was doing.

She felt ashamed and wanted to drown herself at East Coast Park but Eric found her and she was soon rescued by the police and warded in the Institute of Mental Health (IMH).

They decided to get married when Pamela was pregnant with their first child.

The wedding was a simple affair with just four tables, and no wedding dress or photography.

“We are paying [it] off bit by bit,” said Eric, now an operations manager in a local IT company.

Despite that, the couple has a happy life together and live with their three sons in a four-room flat in Punggol.

In 2015, Pamela decided to write her autobiography, Love Heals: How I Turn My Life Around.

"I started thinking about it in 2011, but it was a struggle for me because it was so personal," Pamela told Stomp in a phone interview.

"It took me a long time to shed my emotional baggage."

Pamela said that many people told her that they were inspired by her story and she decided to finally write it for her 10th wedding anniversary.

"I never got the opportunity to have a wedding photo shoot when I got married so I wrote to several wedding studios about how I was writing a book and if any of them would be interested in sponsoring me.

"Beautiful Love Wedding got back to me after a few days and offered to sponsor my photo shoot.

"The photos are featured in my book and are on the cover as well."

After her book was published last year, she said several people have come up to her to thank her for sharing her life struggles and journey.

Despite her earlier hesitation, she believes her story has a bigger purpose: To bring hope to women who are forced into the prostitution trade.

To read the full interview, go to Happiness Notebook.

Related Stories
Confessions of a girlfriend-for-hire in Singapore
7 years of marriage and 3 kids -- but my cheating husband has been lying to me long before that
'The spouse of my husband's mistress became my friend and confidante'
More About:
heartwarming
honest
brave
prostitute
confession
confessions