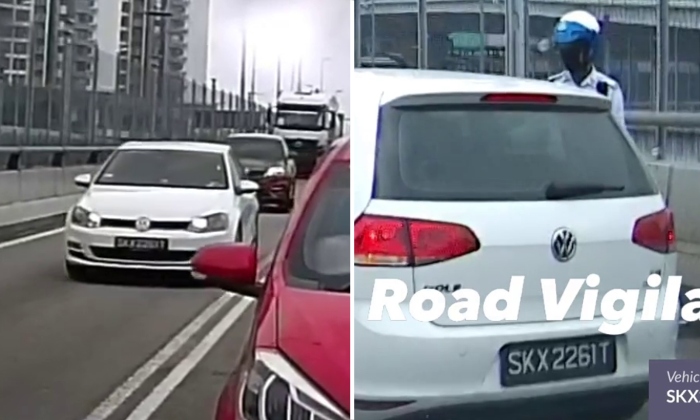 A Singapore-registered Volkswagen Golf was stopped by Malaysian traffic police for allegedly using the bus lane along the Causeway towards Johor Bahru.

The incident, which took place on Saturday, Oct 1, at around 4pm, also involved another Malaysian-registered car travelling along the rightmost lane.

A video of the incident shows the Volkswagen attempting to enter the left lane as cars inched forward to prevent it from cutting the queue.

Later, a Malaysia traffic policeman on a motorcycle shows up and instructs the Singapore-registered and Malaysia-registered vehicles to follow him.

According to the YouTube video by SG Road Vigilante, the passports belonging to the drivers were seized.

Many commenters called for more severe punishments to be meted out to drivers who cut the queue along the Causeway.