S'pore actress was invited to dine with Harvey Weinstein, but left after feeling something wasn't right 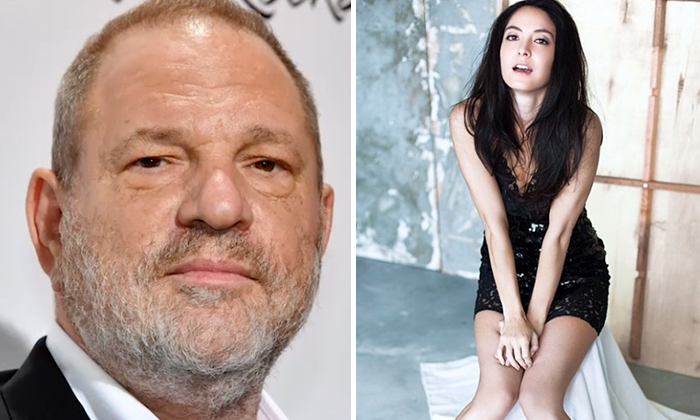 As more victims show up by the day to speak out against Hollywood producer Harvey Weinstein for his alleged sexual harassments, model and Singapore actor Ase Wang, 36, has stepped forth to share her own experience.

In an interview with Lianhe Zaobao, she shared her encounters with ‘lechers’ during her years in the entertainment industry.

“Harvey Weinstein is definitely not a good person.

“He abuses his own power to treat people like sh**  and view women as garbage.

“He is notorious in the entertainment industry.

“Everyone has heard of his reputation.”

Ase recalled that 11 years ago, she was in Thailand for work when she received a call from Weinstein’s assistant, inviting her for a dinner.

“As a young artiste filled with dreams, who wouldn’t want to meet Harvey Weinstein?

“Plus, not everyone gets the chance to.”

However, five minutes after reaching the venue, she felt that something was off.

“I didn’t feel like I was invited to talk about work or collaboration opportunities.

“It was more of a social gathering.

“There were many women, and I was lucky to be seated beside a Hong Kong star.

“I knew she wasn’t with the rest of the group, and they would probably leave her alone.

“Later I saw the women left one by one, probably they were going to Weinstein’s room.

The next day, Weinstein’s assistant called Ase again to invite her for another dinner, which she refused.

However, the assistant keep pestering despite her insistence and even asked her if she had any friends she could introduce.

“I was shocked, but this was the reality.”

"Harvey Weinstein is merely the tip of the iceberg, and there are many instances of such men in Asia as well.

"They include directors producers, screenwriters, or wealthy businessmen."

Ase was also once verbally harassed by a Hollywood director.

Fortunately, her manager was with her as they knew about the ‘reputation’ of the man.

“Once the audition started, the direction changed.

“He started asking me what kind of men did I like to date.

“At that moment, I was shocked and I felt very insignificant.

“I replied that I grew up in Asia and like Asian men.”

To her surprise, the director asked, “have you tried a caucasian?”

Ase did not reply and thought of leaving immediately.

Once, someone told Ase that he would buy her a condominium and a car if she slept with him.

What was more appalling, he was already married.

Ase also added that it was unfair that as a woman, each time she meets someone in the industry, she doesn't know if the person is purely reviewing her talents or have other ulterior motives.

Ase confessed that she was proud of her determination and hard work, but the sexual harassment episodes have shattered her pride.

She also encouraged other women to voice out if they were in a compromising situation, saying:

“But can it be improved? Possibly.

“I want to encourage young girls to be more vocal.

“Even if you feel small in a group of men, be brave and voice your stand.”

Ase is not the first Singapore celebrity to accuse Weinstein of sexual harassment, another actress, Caitanya Tan, also shared her experience with Weinstein in an earlier report.

Related Stories
Singapore actress says Harvey Weinstein invited her to his hotel room
Girl slaps pervert and drags him to police after he touches her butt on escalator in China
Arrested: 70-year-old uncle who sexually harassed and slapped guy on train
More About:
Hollywood
sexual harassment
sexual assault
entertainment