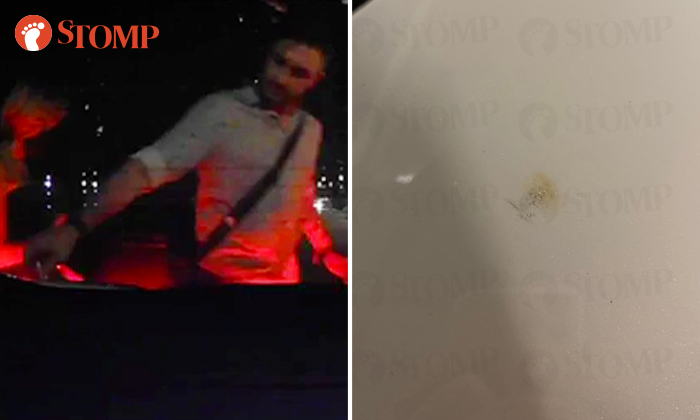 A pedestrian was caught on camera stubbing out his cigarette on a driver's car out of spite over a near-collision.

Stomper IA shared a video of the incident that occurred along Tras Street in Tanjong Pagar on July 1, at around 10pm.

IA said: "This guy walked into a reversing car that had its hazard lights on and blamed the car. He then stubbed out his cigarette on the car."

The Stomper was initially unaware of what the pedestrian had done until a passer-by, who was not captured on video, alerted him.

IA added: "The passer-by (thanks for alerting me, by the way) asked, 'Did you seriously do that?' and the guy replied, 'Yes I'm f***ing serious.'

In the video, the pedestrian and his companion can be seen trying to cross the road, but stopping in their tracks in order to avoid IA's reversing car.

The pedestrian continued looking at the car as it reversed, before stubbing out his cigarette on the vehicle and walking off.

A second video that IA sent to Stomp shows him trying to remove the cigarette burn on his car, but to no avail.

IA told Stomp: "I can't remove the burn and will likely have to repaint the panel."