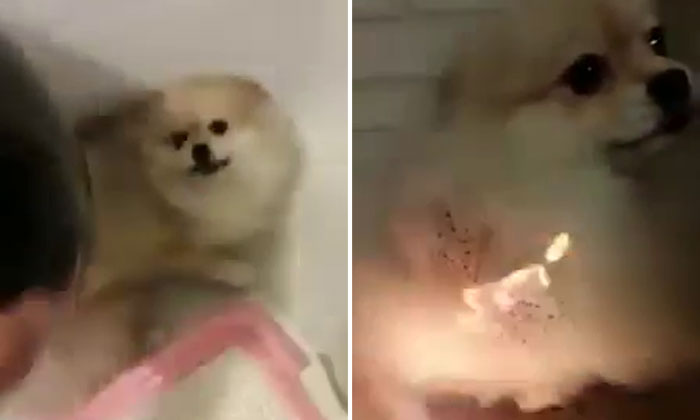 The Society for the Prevention of Cruelty to Animals (SPCA) are investigating an incident where a man filmed himself abusing a dog.

The man allegedly posted the video himself with the caption: "Dont make I angry when I no money, my dog also I no give chance (sic)." 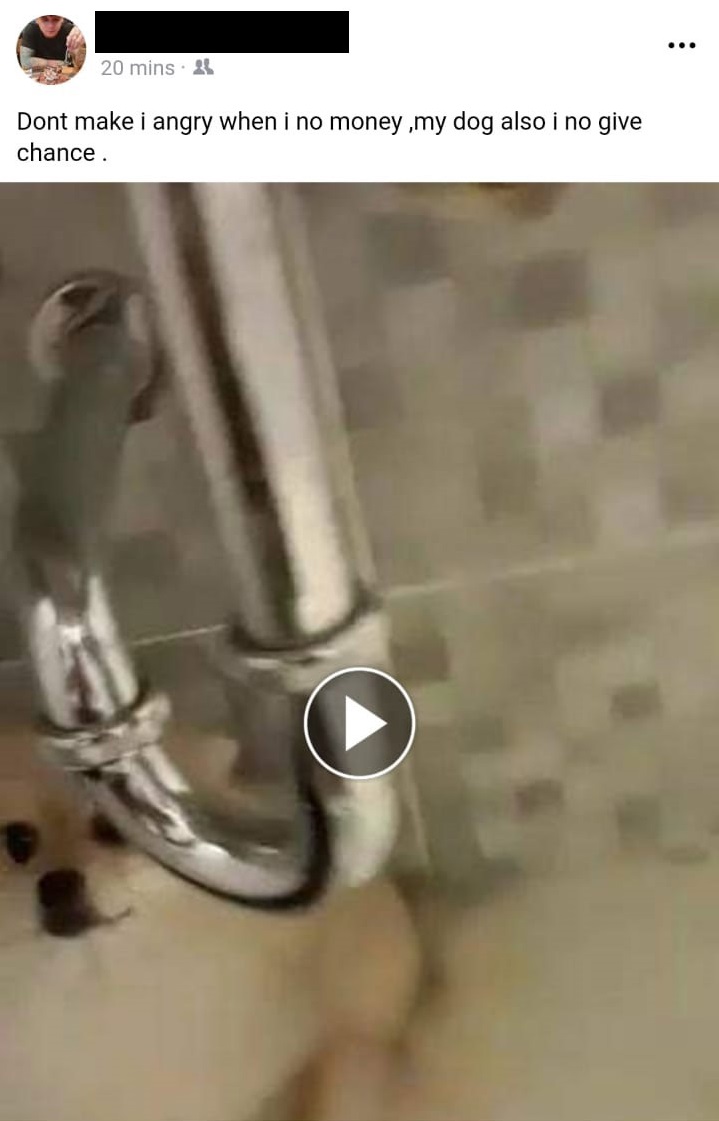 In the video, he is seen beating the dog in a toilet with what appears to be a motorcycle helmet as the animal yelps in pain.

After the animal runs out, the man follows it and proceeds to light its fur on fire.

On Sunday night (Nov 3), the SPCA posted an urgent appeal on Facebook for information on the man and said it had made a police report.

In an update on Monday morning (Nov 4), it said that it had visited a flat in Tampines with the police as part of the investigation.

"Preliminary investigations suggest the dog is not residing in Singapore," it said.

"We are following up on leads received and we will provide all evidence gathered to the relevant authorities in the country where the cruelty occurred.

"We would like to thank the community for coming together to assist with the case and for all the information provided to us.

"A clear message is being sent that animal cruelty will not be tolerated."

Related Stories
Man repeatedly slaps dog with slipper at Pasir Ris: There is no reason to hit a dog, says SPCA
Woman picked chihuahua up by its neck and threw it down 1.5m, fed it only once every few days
Video of woman burning puppy's eyes and breaking its limbs was filmed in Philippines: PETA Asia
More About:
animal abuse
animal cruelty
SPCA
dog